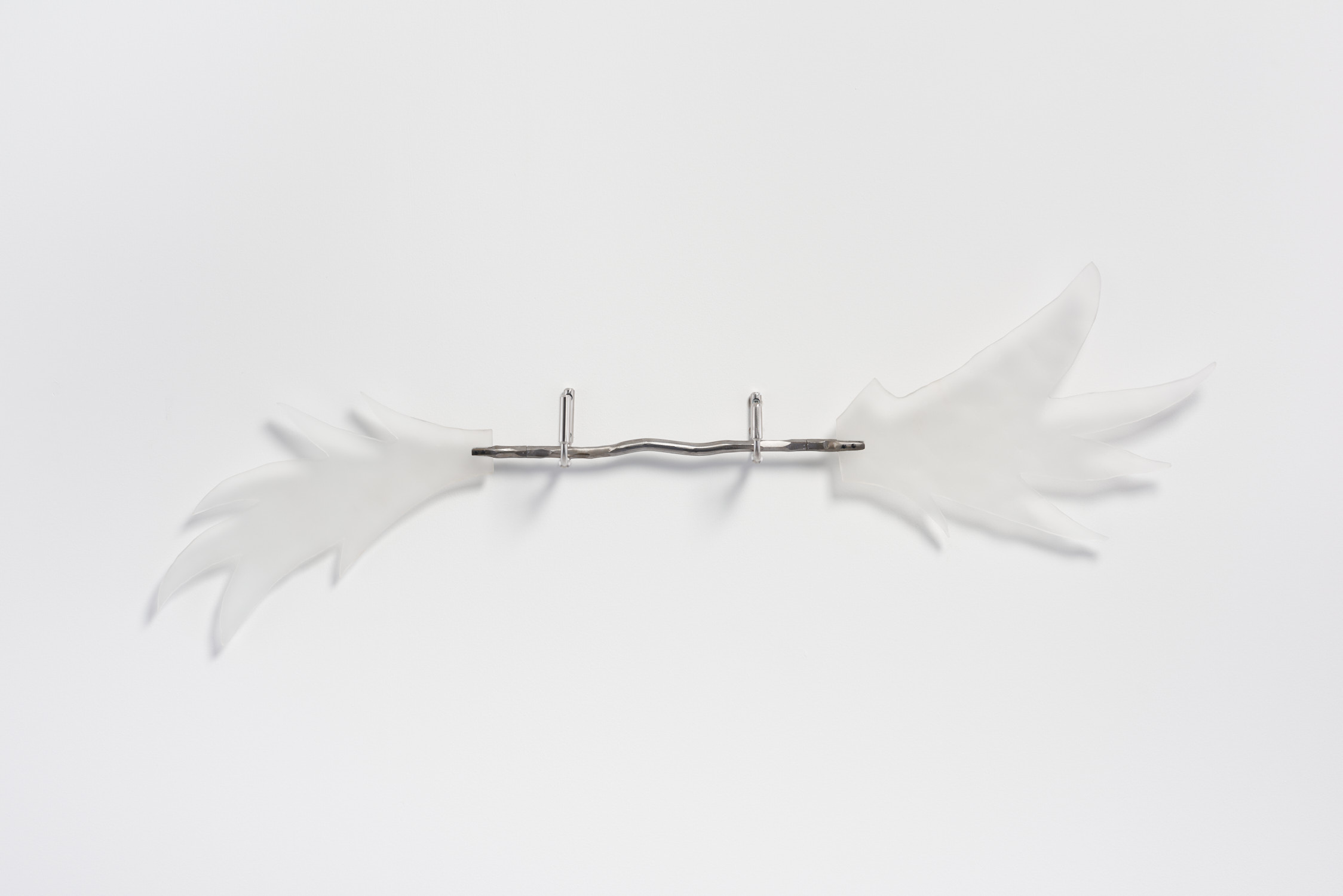 Tarek Lakhrissi shares a few of the pop culture icons that inspire his artistic practice, including the mythological weapons and devilish horns included in VITRINE's recent presentation of his 'Revenge Fantasy' at Frieze London 2022. The artist discusses the queer and feminist characters from the 90s and 00s TV shows that he watched as a teen, the devil emoji, and David Lynch, noting how each has informed his ideas on the visual languages of survival, strength, and revenge as liberatory practices.

The mythological weapons in ‘Revenge Fantasy’, in the form of large glass and metal spears and swords, were inspired by science fantasy icons from the films and video games I experienced as a teenager, including ‘Buffy the Vampire Slayer’, ‘Xena: Warrior Princess’ and ‘Final Fantasy’. I was particularly influenced by Buffy Summers, the protagonist of the eponymous TV show, who for me is a pop culture and feminist icon. As a Slayer, Buffy is extremely dedicated to her supernatural duties and works towards securing a better future for all Slayers and supernatural beings. The mythological weapons I created for ‘Revenge Fantasy’ are fantasy props for Buffy (and other science fantasy icons like her) to defend herself with while she works to shift the balance of power in the world.

Season 6 has special resonance with my practice for its exploration of melancholy and threat. At the end of Season 5 Buffy dies, so her friend Willow resurrects her with a spell. Her friends think they’ve taken Buffy out of hell, but actually Buffy had been in heaven since her death. This is a cause of deep melancholy for Buffy and a really interesting turning point in the character’s development. She regrets coming back to life and her resurrection sends her into a deep depression that lasts most of Season 6. As a teenager, I found it inspiring to see such a melancholic and real character on a TV show. Spike is a vampire on the show who is a sort of anti-hero and villain figure. In most films, villain figures are inspired by queerness. In general, vampires are important figures for queer people and have actually been marked by queerness throughout history. I was really young when I watched ‘Buffy the Vampire Slayer’ and it had a big impact on me.

The two wings I made for my solo show 'My Immortal' (2021) at MOSTYN Gallery, Llandudno, UK, were inspired by the character of Angel from X-Men. The character is a mutant who has the ability to fly with large wings. At first, Angel’s wings are made from white feathers like those of a bird, but later, when Angel turns evil, the feathers become metallic. After he receives these metallic wings, Angel has the ability to fire metallic feathers from his wings.

I love the questions of transformation and threat that Angel’s character represents. For me, threat is a metaphor for the physicality and presence of people of colour and queer people in Europe dominated by systems of institutional racism and heteronormativity. Usually the X-Men are the underdogs in the films, which speaks to the position of marginalized people in society more generally. The glass weapons offer possibilities for a philosophical approach of self-defense, drawing on the works of the French philosopher Elsa Dorlin.

3. Daria Morgendorffer from 'Beavis and Butt-Head' and 'Daria'

Daria Morgendorffer was the inspiration for my whole sculptural installation of 'Sick, Sad World' (2020) and performance of the same name. Daria Morgendorffer is the main character from the 90s TV shows 'Beavis and Butt-Head' and 'Daria' that were well known on MTV. For me, Daria is another feminist and queer pop culture icon because she’s such a figure of resistance. On the show, Daria is extremely critical of her friends, comrades and peers. She is basically a figure of counter-power and counter-culture in high school. She was an inspiration for a whole generation.

Daria is also a sad character. In the show, she loves watching this fictitious TV show called ‘Sick, Sad World’ that is this morbid, nonsensical show-within-a-show. The real-life viewer never sees an entire episode of the show but we catch lines here and there that are often about zombies, or the apocalypse. I love the fact that Daria is obsessed with a TV show that is consistently macabre. For me, sadness is a political tool, and plays an important role in my practice for this reason. I wanted to create a teenager’s magical bed for the performer, Josh Serafin,  who becomes a sad disenchanted mermaid.

David Lynch was a big influence on my movie 'Out of the Blue' (2019) that I directed 3 years ago and made alongside 'Unfinished Sentence' (2019). 'Out of the Blue' is a science fiction short film about queer futurities. There is an alien invasion that begins with the kidnapping of all CEOs of large corporations while the most vulnerable in society are spared. The protagonist is a queer character who is stuck in the cinema.

I'm thinking of a scene in 'Blue Velvet' where the main character is singing 'Blue Velvet' in a club and wearing this really beautiful, glamorous dress as well in Mulholland Drive with “Llorando”. Both scenes are suspended in time and space, creating magical portals which has inspired my practice, especially in relation to drama, self-transformation and self-determination. 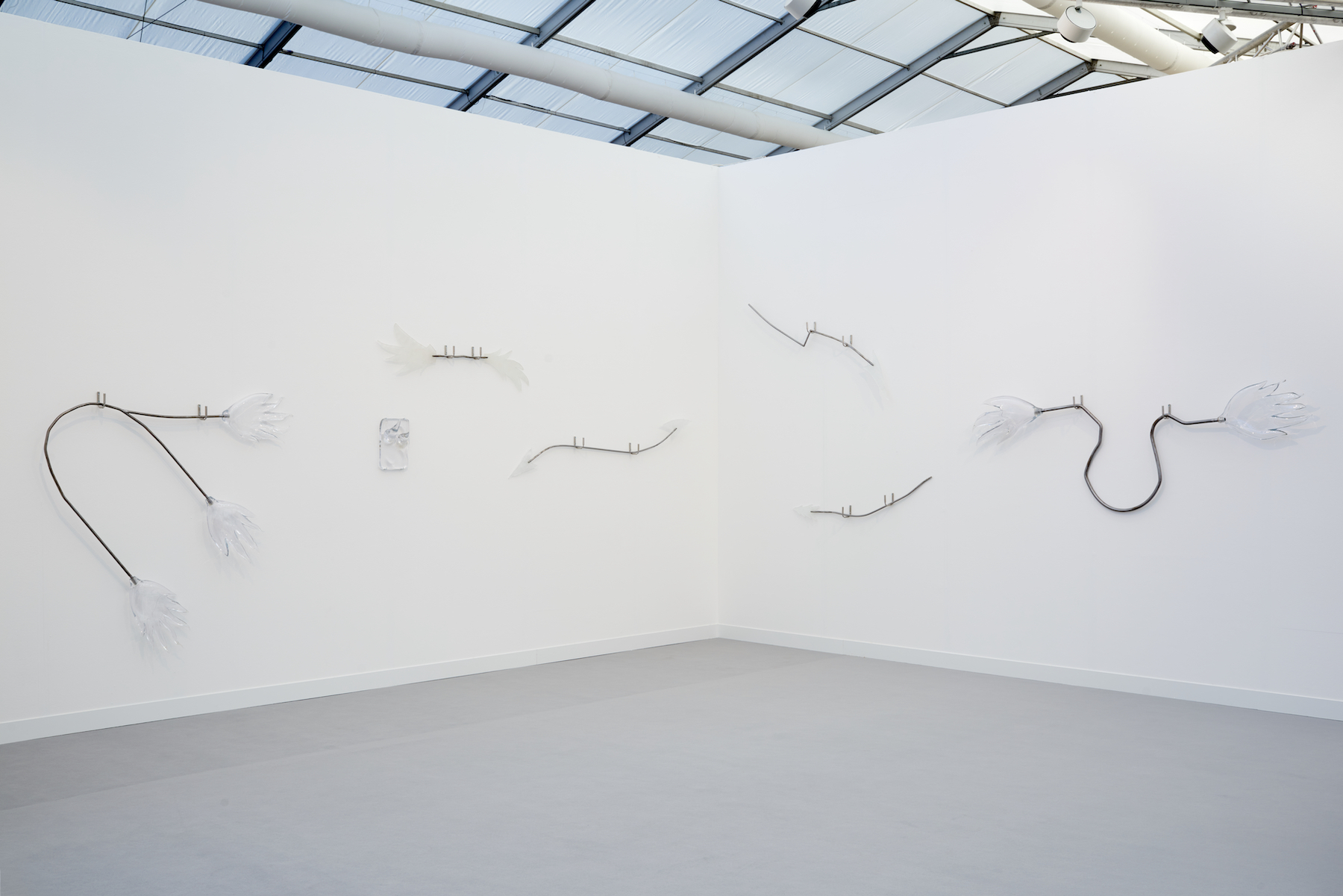 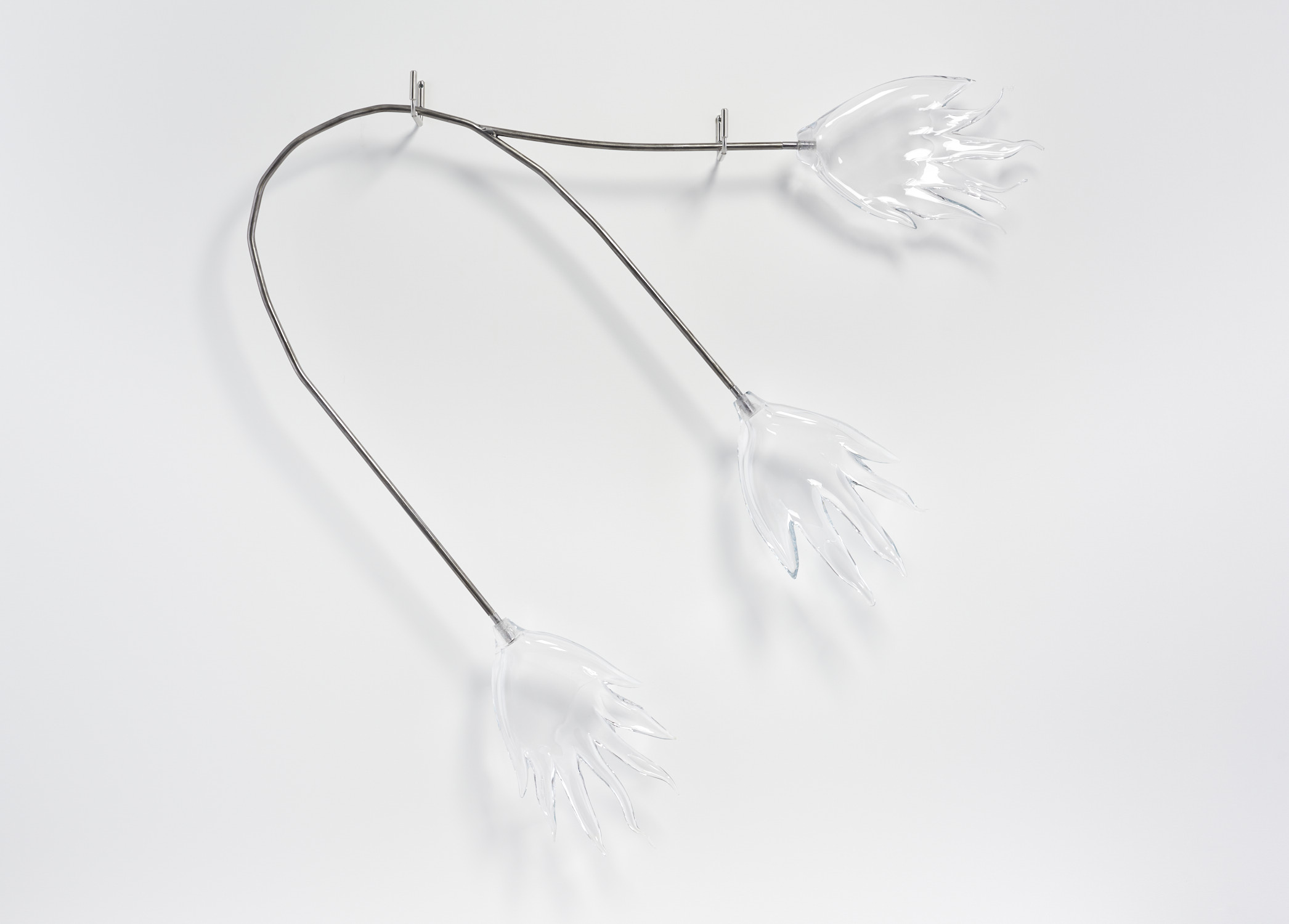 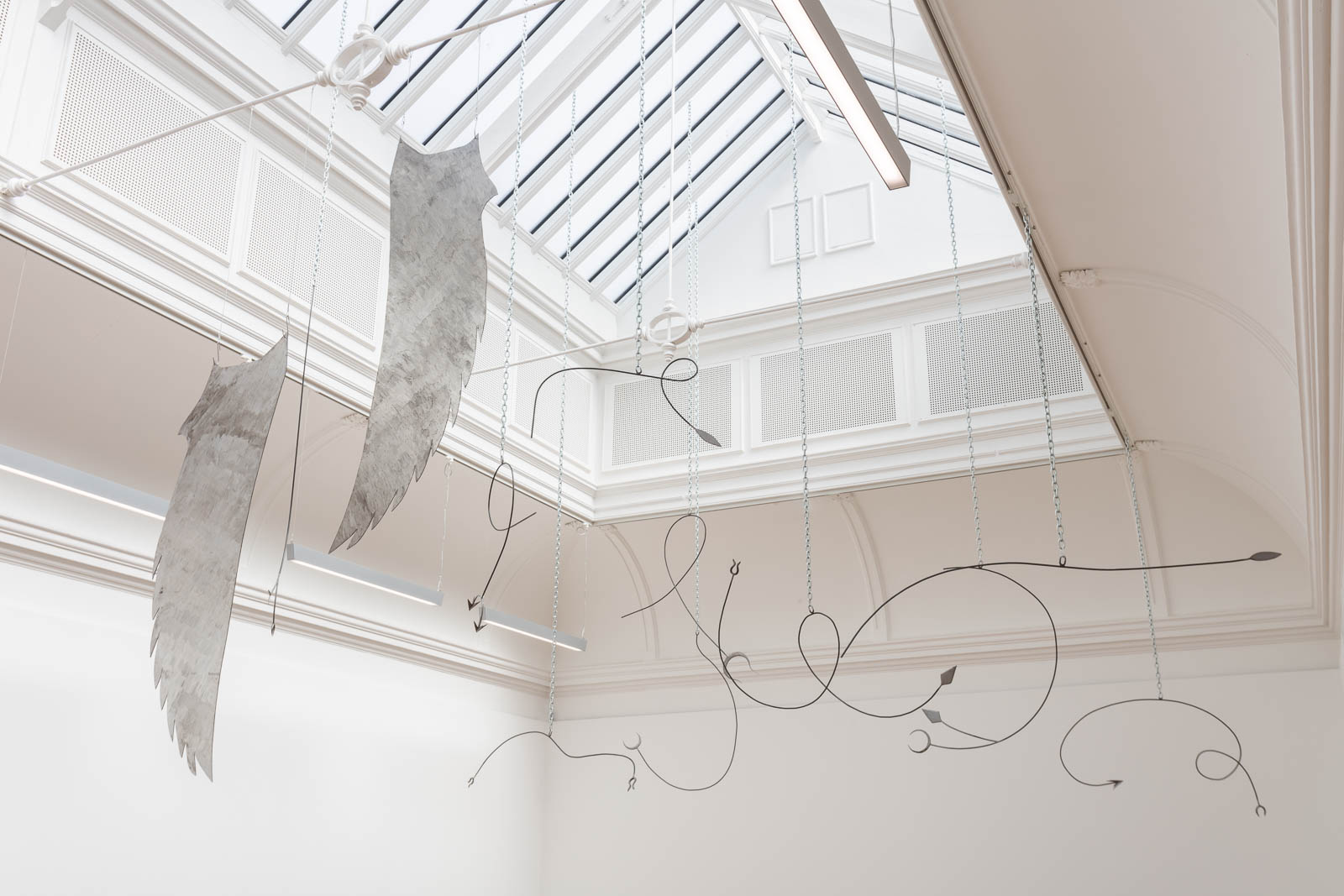 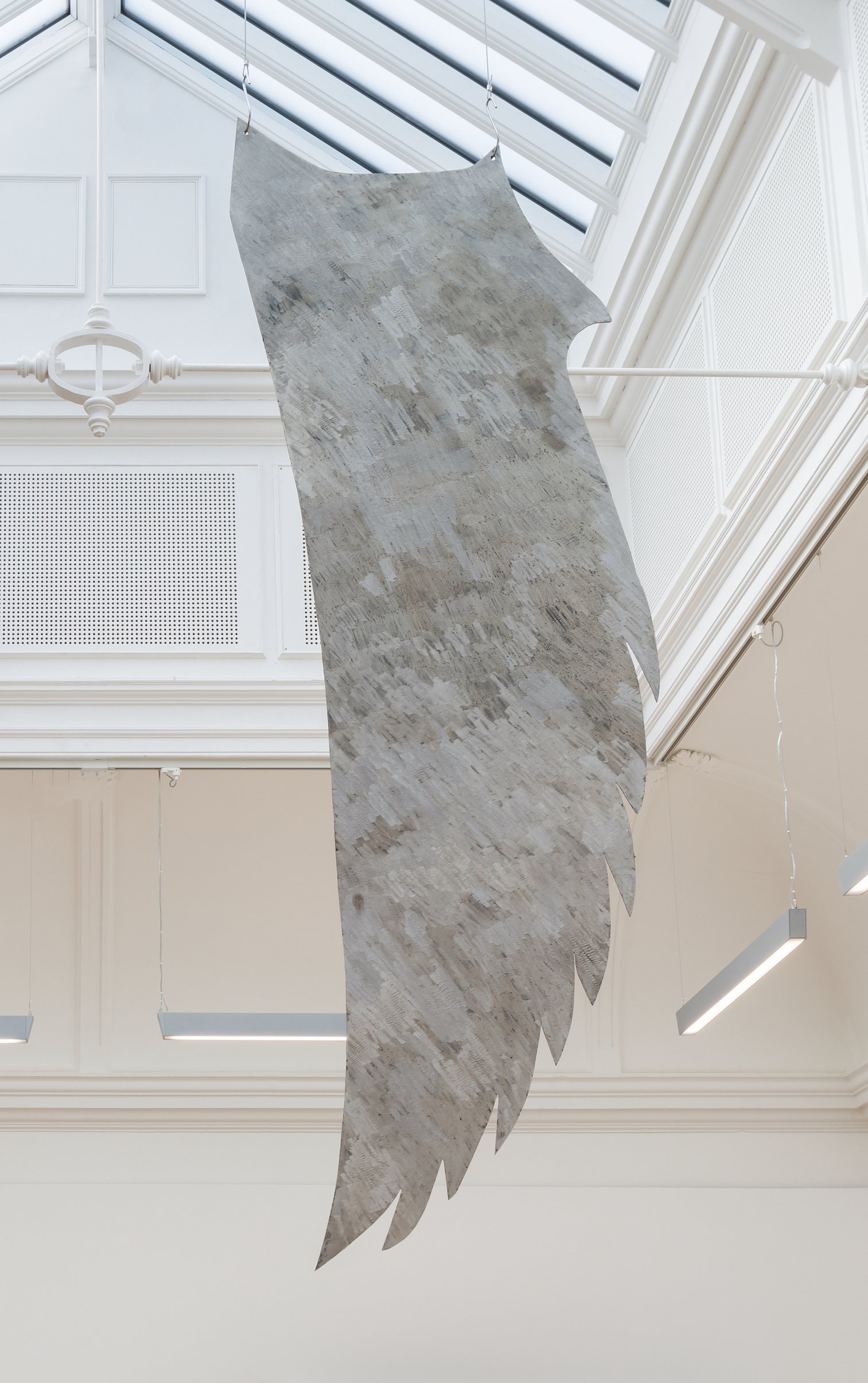 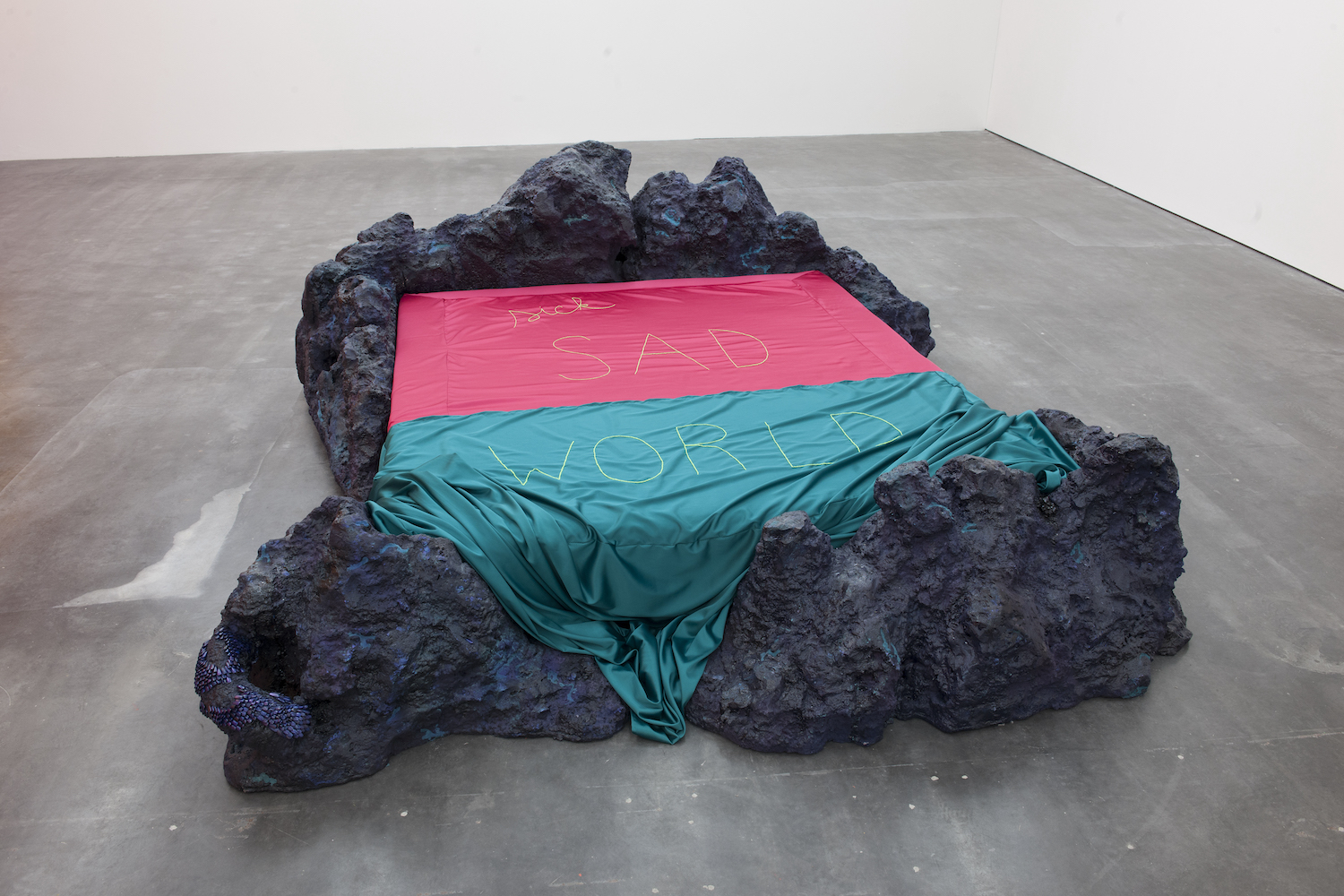 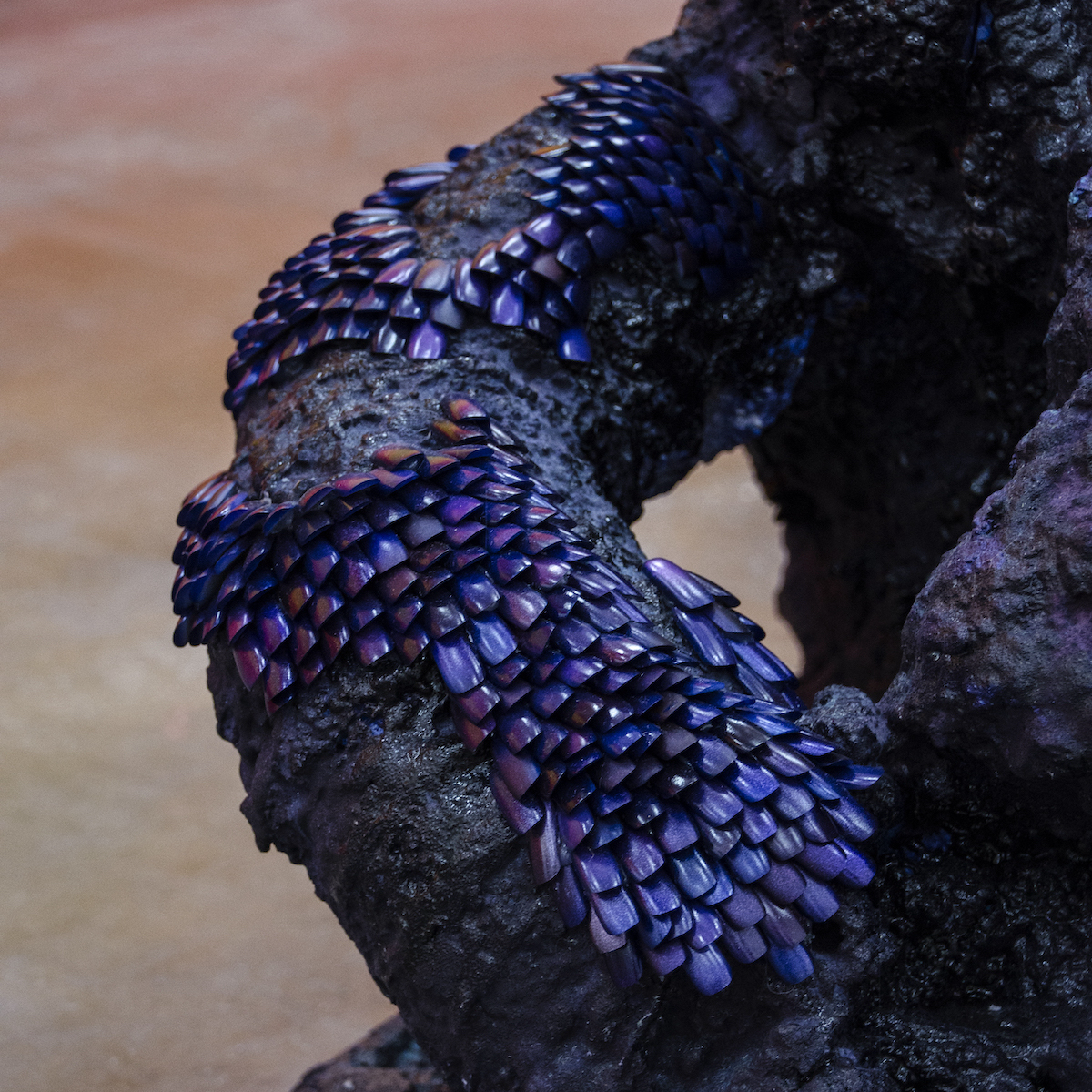 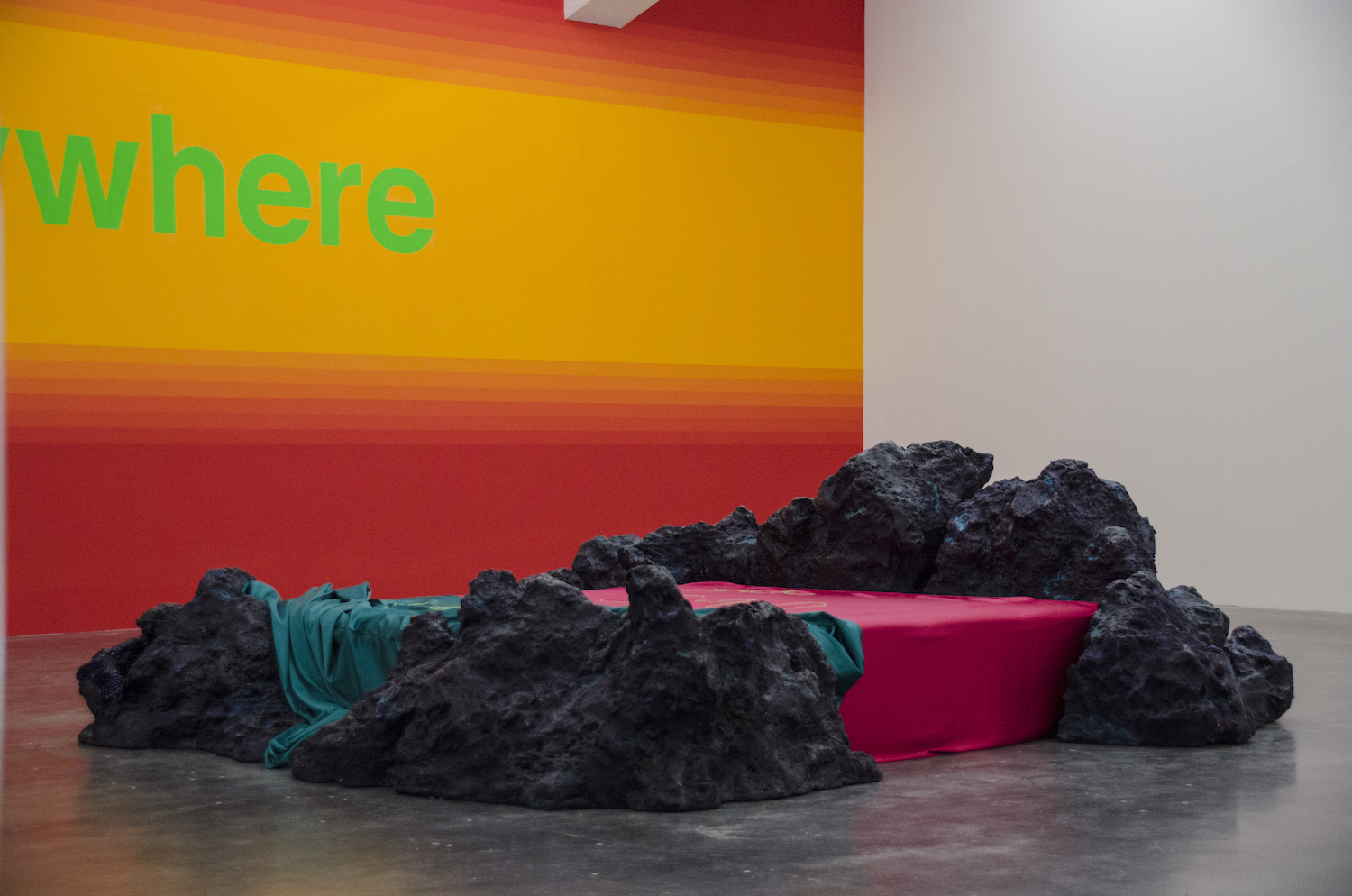 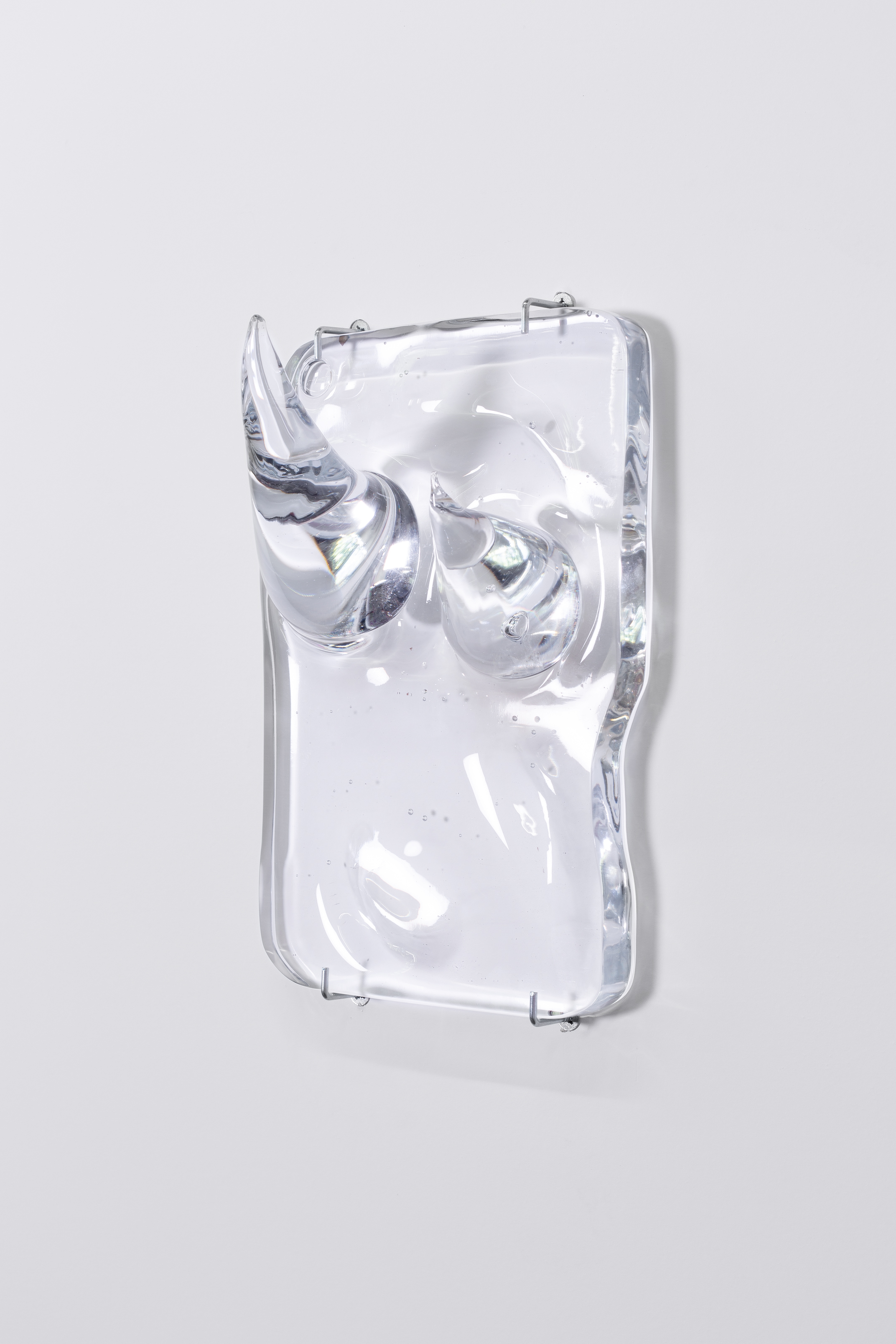 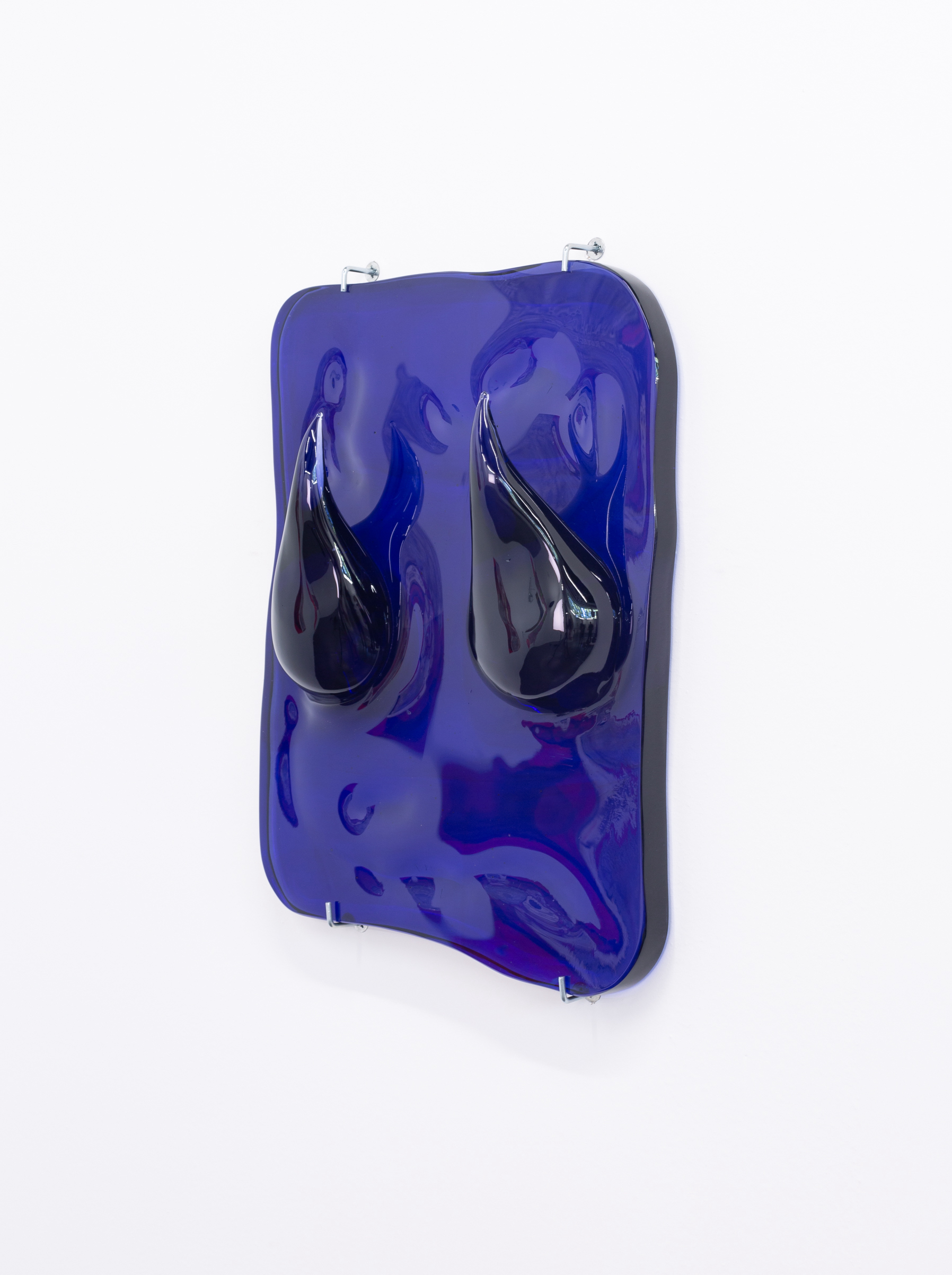 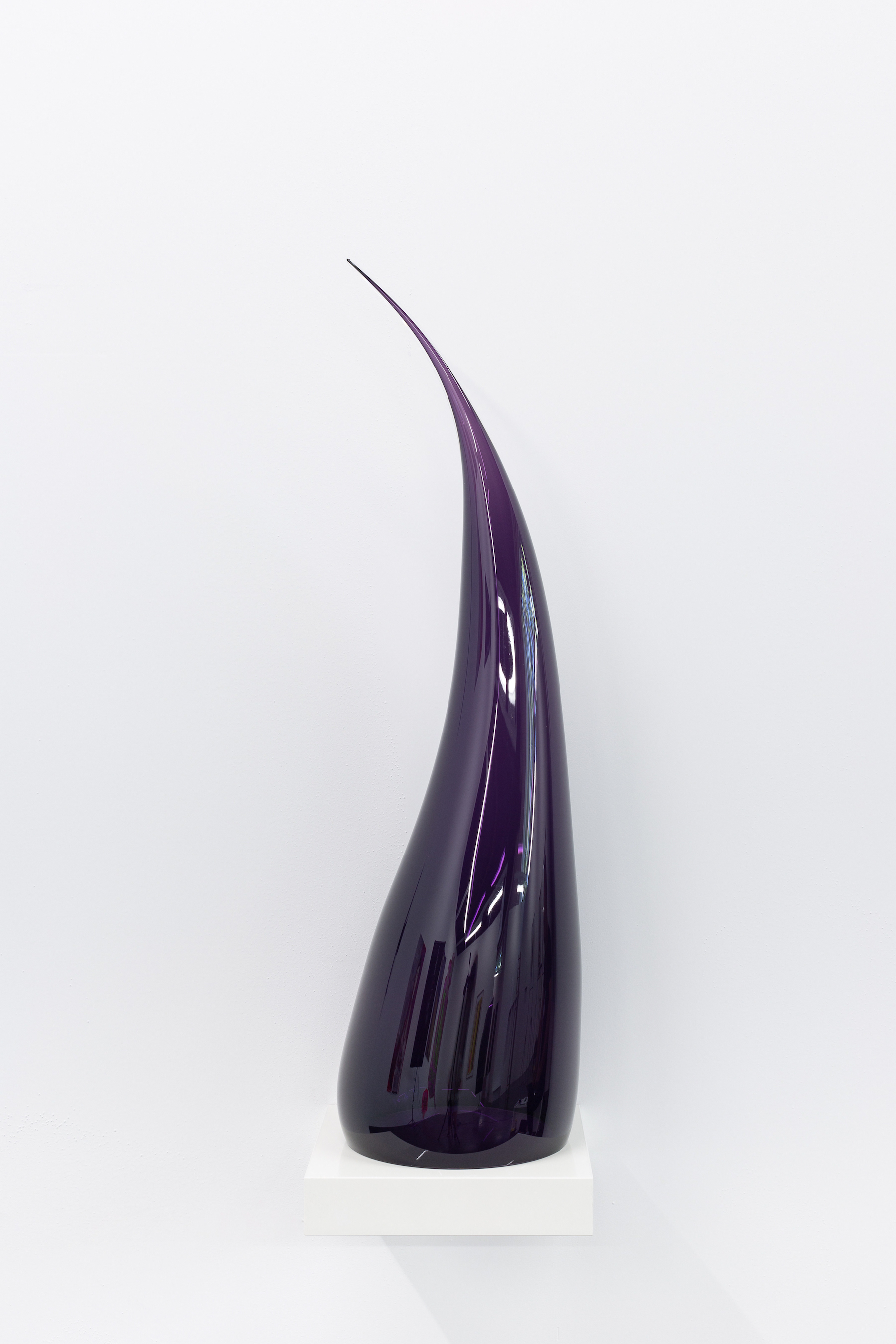 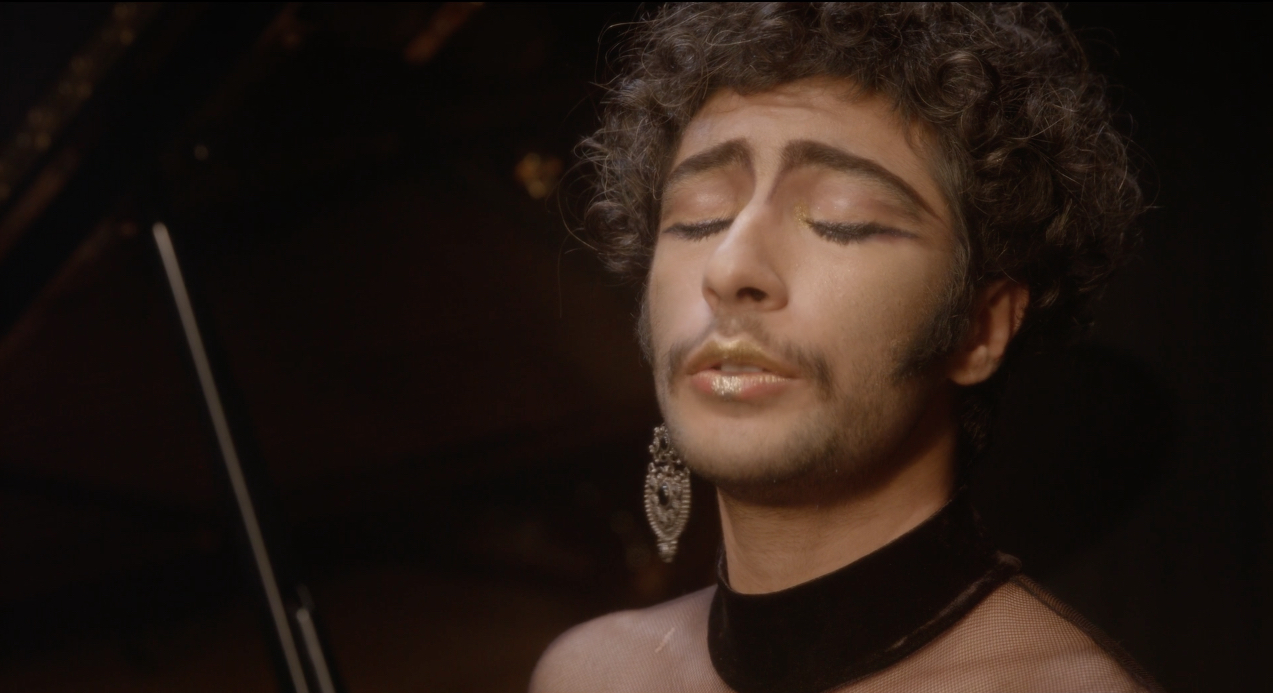 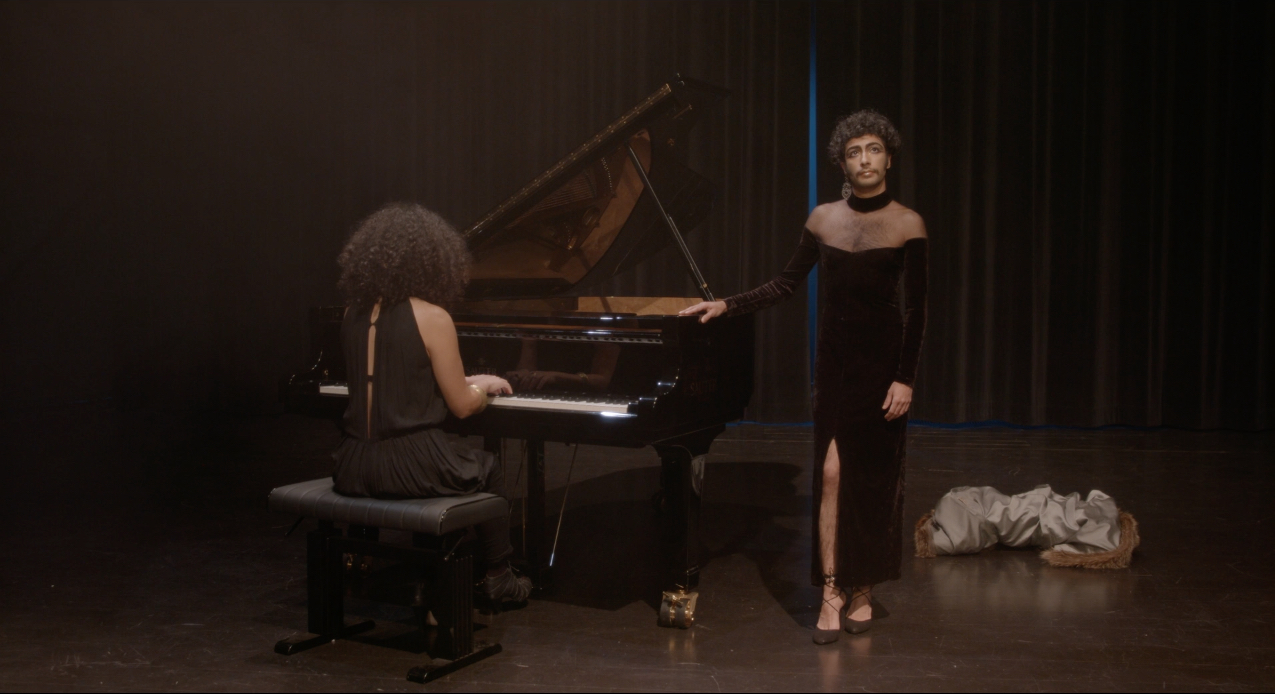 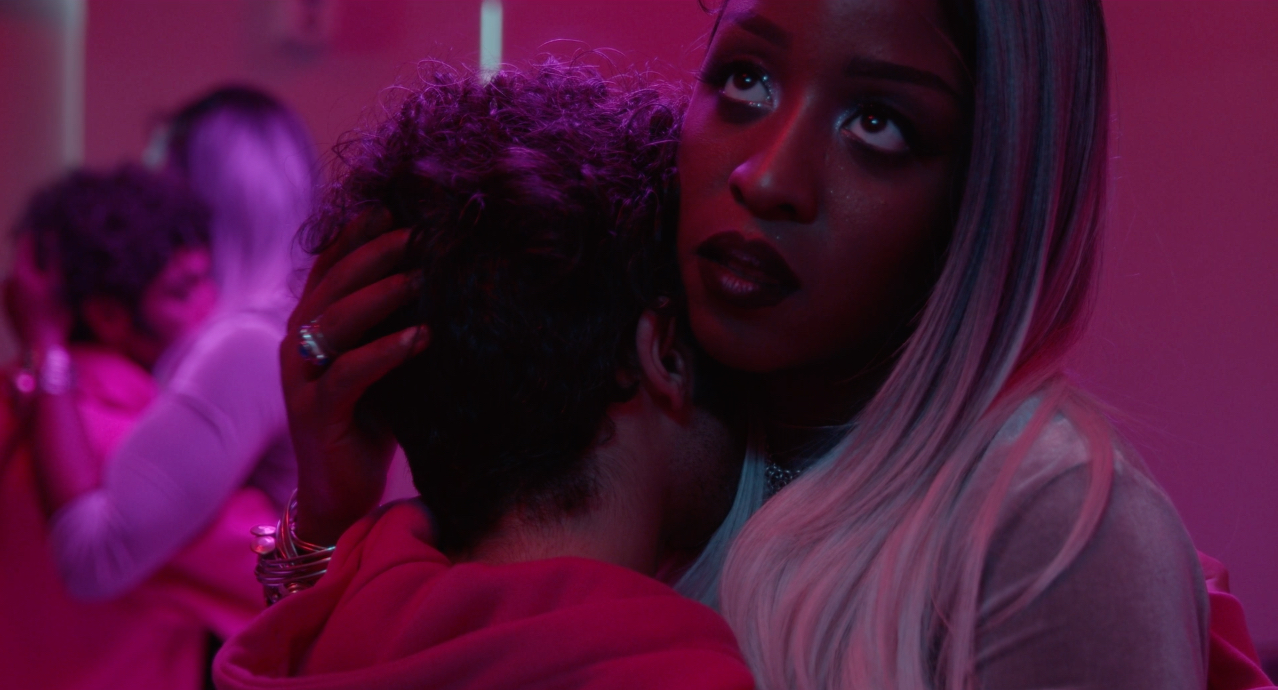