Milly Peck at the British School at Rome 2021 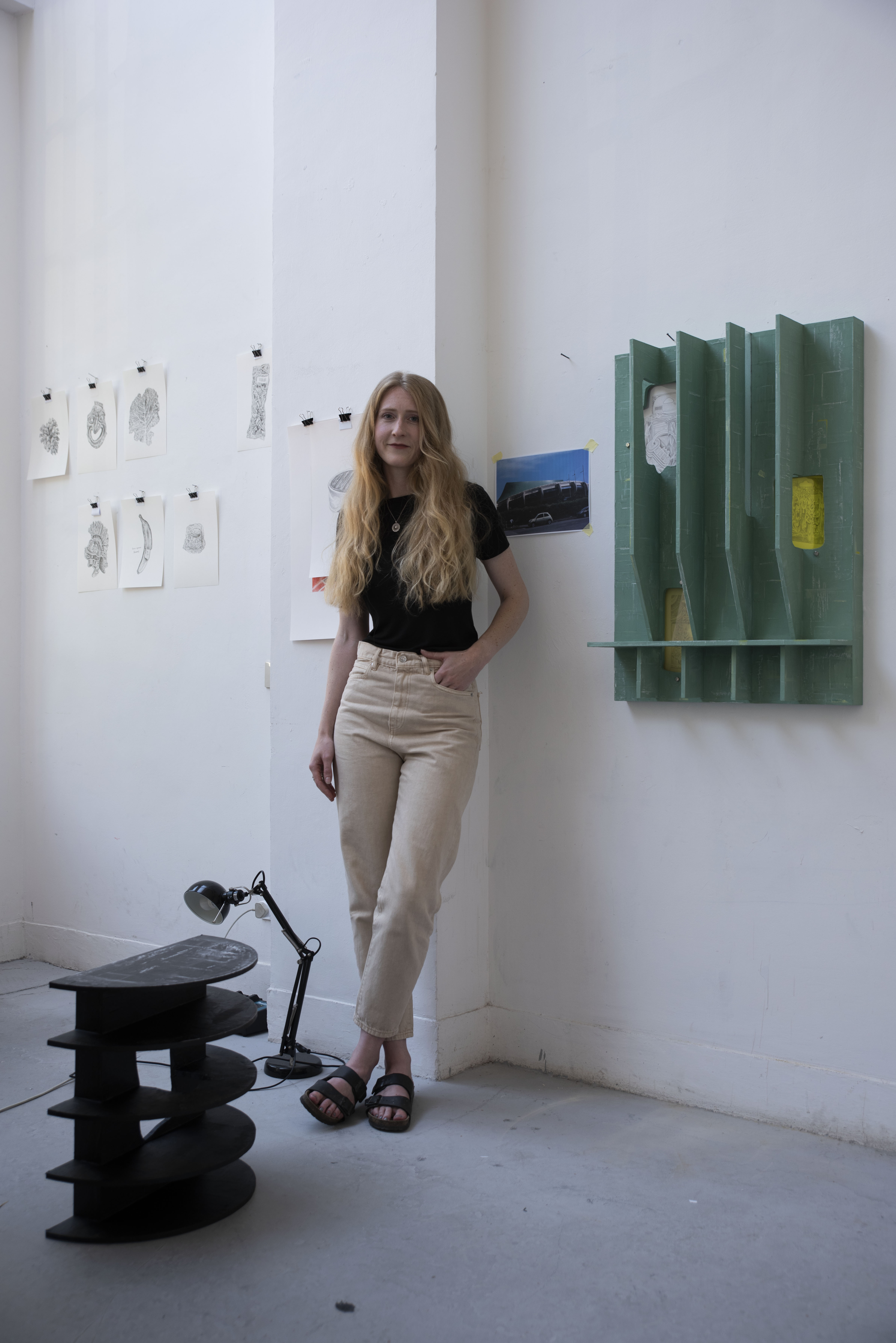 From April until the end of September during 2021, I was the Bridget Riley fellow in residence at The British School at Rome. The Bridget Riley Fellowship is directed towards artists whose practice has a strong connection to drawing. It provides an uninterrupted period of six months of a studio and accommodation within the BSR including access to their resources such as the library, archive and lecture programme.

When applying for the residency, the majority of my work had been within a sculptural context. However, with the onset of the Covid pandemic and the inevitable difficulty of getting to my studio, I was prompted to rediscover drawing on paper. Over this period and since, drawing in this way has increasingly become an important and intrinsic part of my practice. One of my main intentions of the residency was to explore how my sculptural work could function and feed into my drawings, investigating the relationship between the two.

When I arrived in Rome, drawing became a way to get to know the city; I drew and imitated the objects I encountered there and used them almost as a mapping system. My work is always in some way preoccupied with the subject of fakery, illusionism or imitation. This has manifested itself in many ways, but over recent years, I have been thinking a lot about elements of theatre or theatricality, in particular the physicality of the stage set and the mechanisms which surround theatre more broadly. I am interested in how these artificially constructed facades or environments function in relation to our daily lives and how the differentiation, or more importantly, the blurring of the fake and the real in these instances, effects our experience and understanding of the world.

My research project in Rome was centred around ancient Roman theatre, specifically the early temporary Roman theatre sets which were often constructed out of wood before theatres became permanent stone structures. I am especially interested in architecturally illusionistic frescoes which depict elements of theatre sets or reference theatre, particularly comedy. Ancient, early Roman frescoes are differentiated by First, Second, Third and Fourth style painting, delineated by August Mau, a German archaeologist who identified typical qualities of these painting styles in Pompeii, meaning they can be dated. Whilst there is some contention over the accuracy of this system, the frescoes I am most interested in fall within Second Style painting, where imitative shading and perspective are used to suggest the recession and projection of architectural spaces. They also tend to offer an illusionistic glimpse to a world outside of the room, in my case to a theatre set, breaking down the barriers of enclosed space. There is also an interesting ambiguity and absurdity to meticulously reproducing an inherently artificial space (that of the theatre set) as it is hard to know what to perceive as a true reflection of reality.

These areas of uncertainty fascinate me and are what I feel are most relevant to our contemporary handling of the world, where the distinctions between the real and the fake have become increasingly more difficult to identify. Over the last few years, I have simultaneously been photographing the props, dioramas and exhibition design of museums, zoos and other spaces of entertainment. These are sites full of imitations and reproductions, some of which are immersive, some of which have very distinctive framing systems separating the viewer/audience from the subject. For me, Rome is a city layered with imitation and simulacra; it sits upon its own historic ruins with museums above, reframing its ancient contents or miniaturising its buildings in the form of touristic magnets.

Cinecittà film studios in the suburbs of Rome contain within them a reimagined reproduction of ancient Rome out of hollow fibreglass. Interestingly, with regards to my research in Rome, the decadent facade of The British School itself was in fact built initially as a stand-alone front for the British Pavilion for the purpose of the 1911 International Exhibition of Art in the Valle Giulia, almost like a Buster Keaton style stage flat.

I was lucky enough to visit many of the frescoes I had been researching, mostly in or near to Pompeii, such as at the Villa of Oplontis, which houses some of the best examples of Second Style theatrical skenographia. Seeing these paintings in the flesh allowed me to experience the perspectival design of the images and how it would have originally felt moving around themas a viewer. All of this research led me to start observing the contemporary facades of apartment buildings in and around the suburbs of modern Rome. Often, they bear striking similarities to representations of comedic theatre sets in frescoes, which often feature balconied facades in urban street settings. This has given me a renewed interest in the potential theatricality of architectural design and has led me to think more about the relationship between interior and exterior space, public versus private space, and the flat and three-dimensional.

For sales inquiries and more information about this artist, please email: sales@vitrinegallery.com