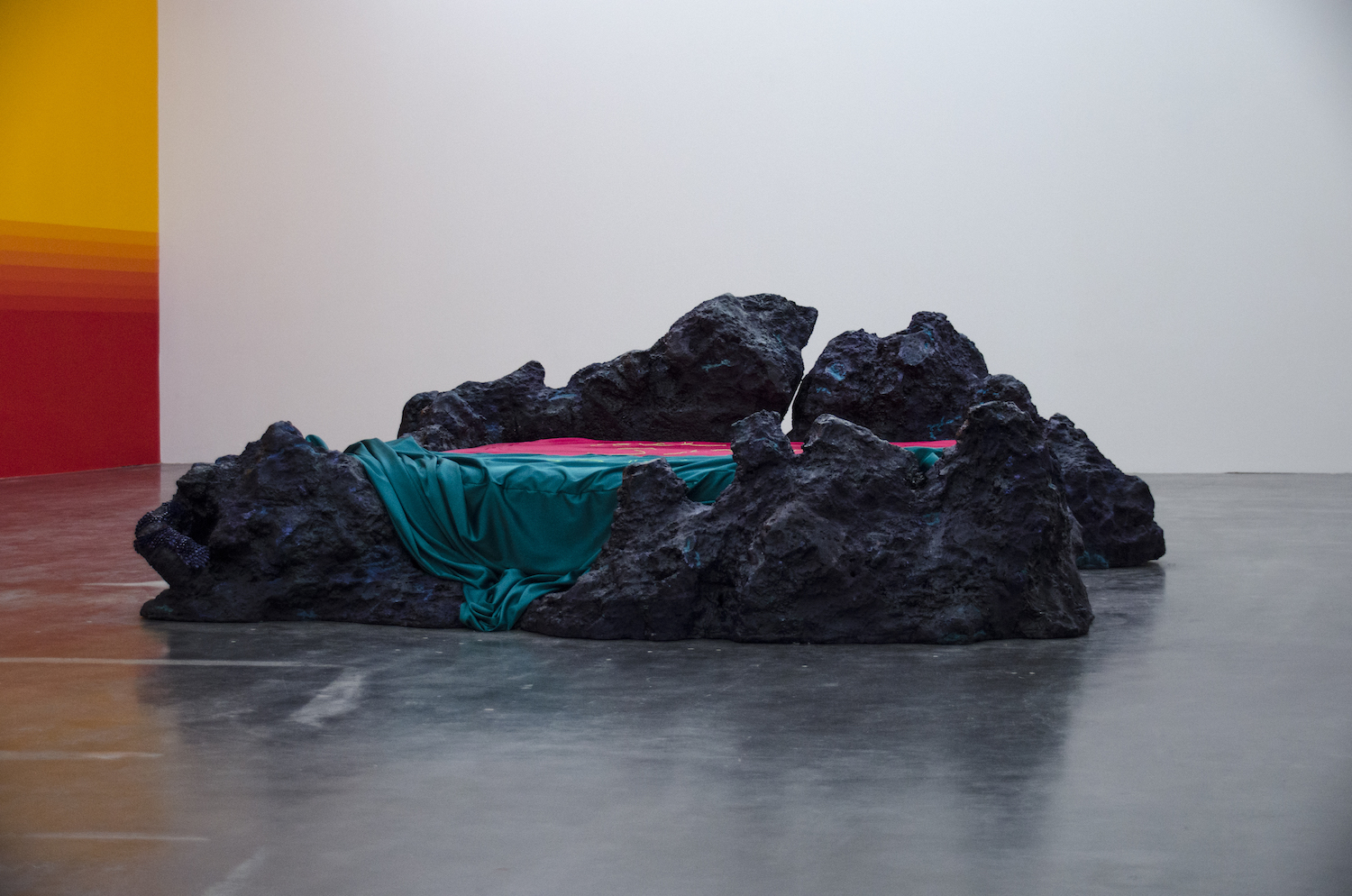 "Oscillating between a teenage bedroom and dream landscape, Lahkrissi burrows deep into feelings of alienation and otherness. A lyrical reflection on alternative, futuristic worlds of queer and minority communities.

SICK SAD WORLD is part of an ongoing cycle of reflections by Tariek Lakhrissi exploring alternative, futuristic worlds in which expressions from queer and minority communities are embodied in “fabulations” or made-up stories. After working on the notion of the nightclub as a liminal and utopian arena, Lakhrissi turns his attention to the space of dreams and the teenager’s bedroom to explore non-human identity in an otherworldly environment. The installation will be activated during a performance strongly influenced by bed-talks mixed with operatic lyrics and queer lip sync.

"'Risquons-Tout' presents some of the most innovative and influential artists and authors from the Eurocore region, which extends between Amsterdam, Paris, Cologne, Düsseldorf and London, with Brussels at its centre. The title is borrowed from a place located on the Belgian-French border, a real yet liminal space of transition, passage and informal exchanges, notably smuggling. The invited artists negotiate different dynamics of bridging, passing, translating and transgressing. In doing so they burst the safe bubbles generated by prediction algorithms, designed to avoid any risk, whether intellectual, financial, emotional or physical. The exhibition’s geographic and political scope addresses today’s global connectivity, trans-national circulation and diasporic movements.

'Risquons-Tout' will occupy the entire WIELS building and range out into neighbouring exhibition and performance spaces. It will present the works of 38 internationally recognised or emerging artists. The exhibition proposes a rich array of practices that defy easy categorisation. 'Risquons-Tout' will also include a performative section and an Open School that will serve as a laboratory for artists and scholars to draw upon questions of risk, unpredictability and borders through a range of alternative methods for the transmission of knowledge."