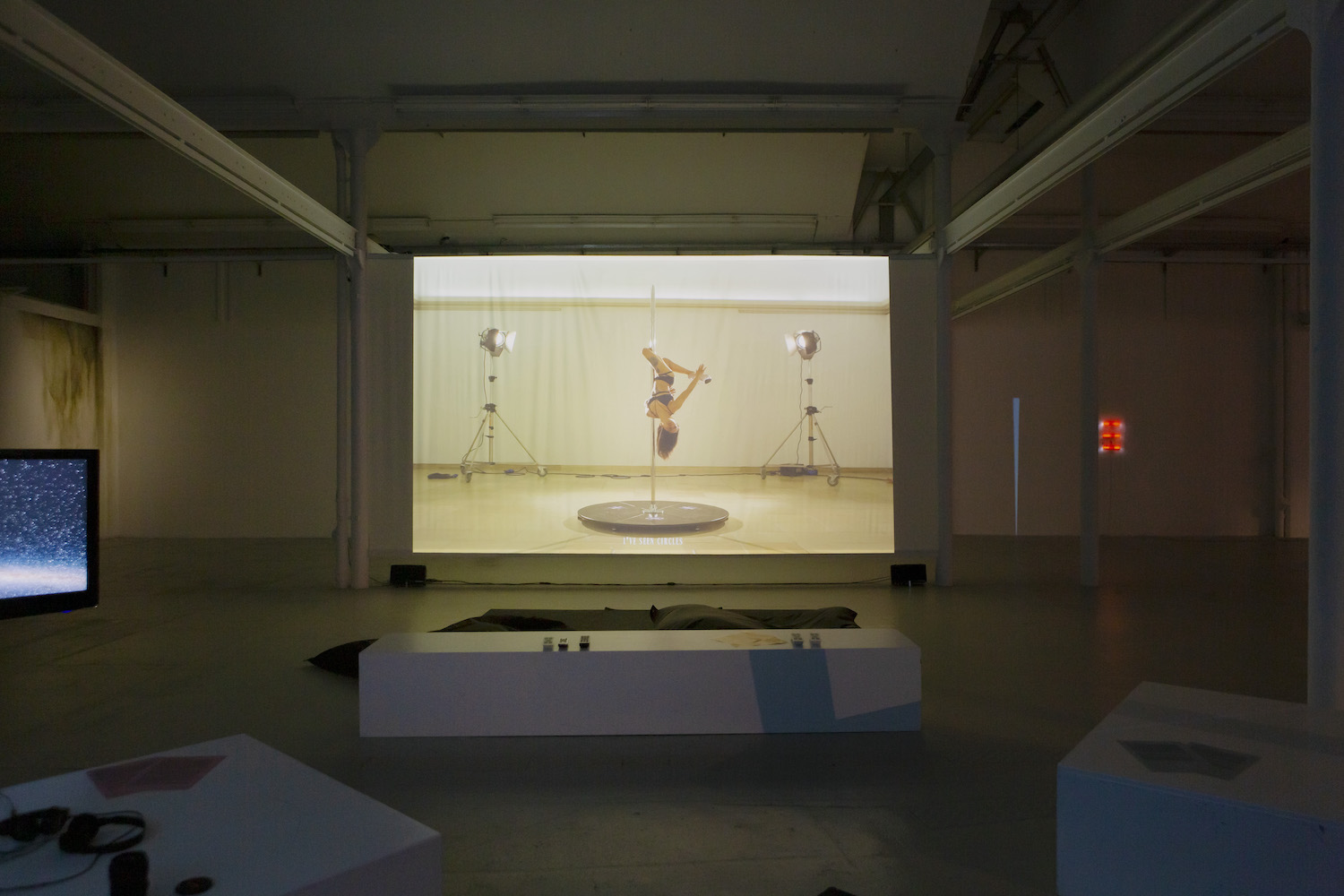 Lakhrissi presents 'Spiraling' - spelt with one L - the artist's most recent film work produced during May 2021 with Haus der Kunst, Munich, DE in collaboration with Shedhalle, Zürich, CH. The video features queer activist pole dancer Mila Furie performing a routine on a pole in which the spiral is a regular action set in the middle of the authoritarian architecture of one of Haus der Kunst’s galleries. Lakhrissi considers the spiral to be a positive and meditative movement that enables someone to twist and adapt to a situation in which someone feels lost, weary or uncomfortable socially. In a recent interview with Hans Ulrich Obrist, the artist stated that the "video is about a close friend performing inside the museum, addressing the spiral as a poetic movement in relation to pole dancing". The shape and form of the movement can be seen in prior works of the artist, most notably his installation series Unfinished Sentence I and II (2019 & 2020). The film is inspired by Felix Gonzales Torres’ work "Untitled" (Go-Go Dancing Platform) (1991), in which a performer dances with headphones to inaudible music on a lit-up platform that is empty except for short moments of a day when the dancer appears. Celebrating its 30th anniversary this year, Spiraling is not only a homage, but a continued reinvocation of poetic space that Torres captured in the work.

The participating artists are strongly influenced by science fiction ideas. They use digital technologies or alter bodies and spaces to access a variety of worlds and explore their possibilities. Extra Worlding invites visitors to dive into and explore these worlds with their own bodies.

This Protozone also explores the materiality of contemporary digital technologies that are often involved in the process of worlding. After all, digital technologies do not really consist of “Clouds” but rather rely on server farms as well as resources like rare earths, electricity and human labour.

Can worlding-experiences open up new perspectives on what kind of worlds we want to live in? And can they strengthen our resistance against worlds we don’t want to be part of?"