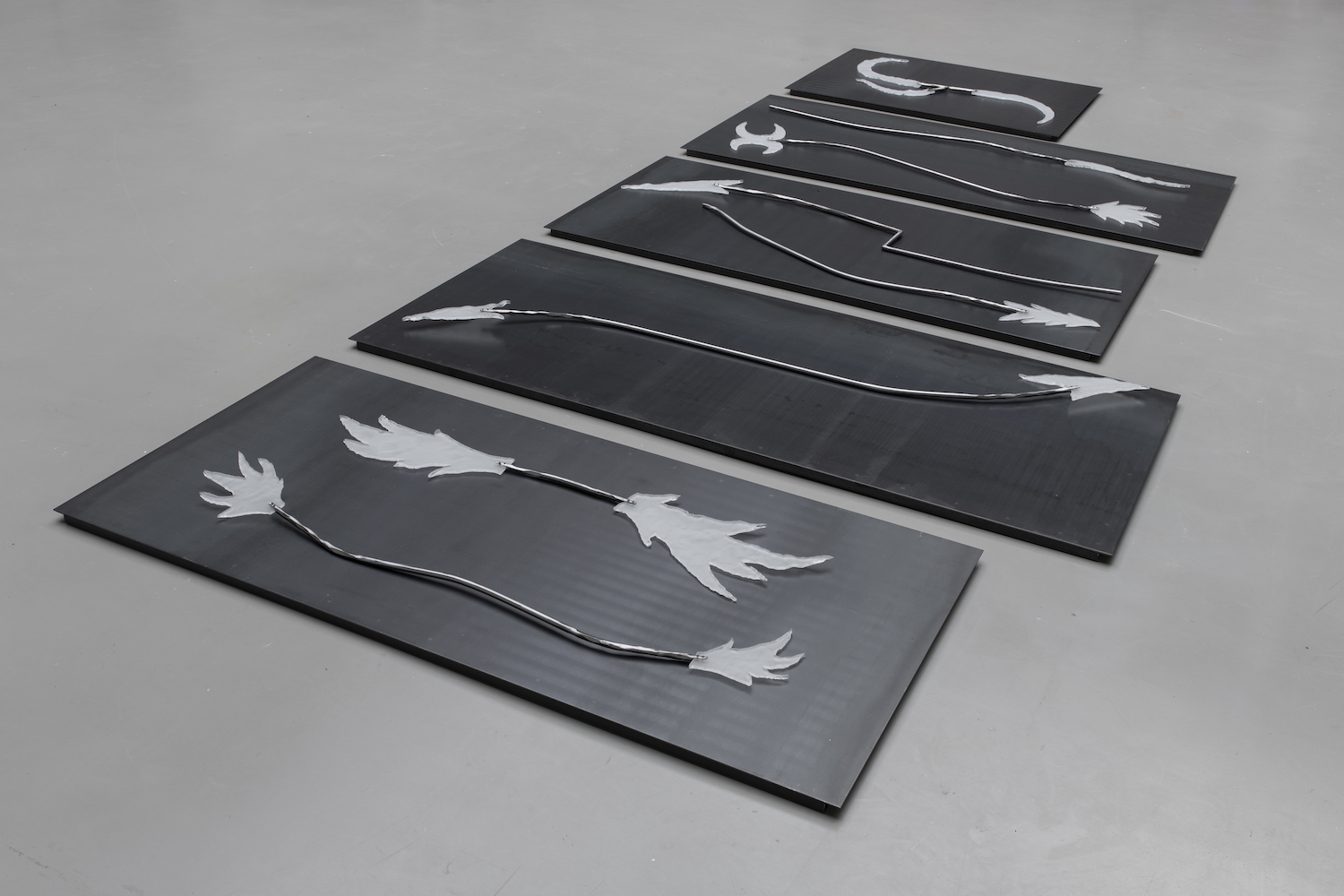 Lakhrissi will present a series of new large-scale transparent glass sculptures modelled on mythological weapons, in the form of swords and knifes. The sculptures’ exaggerated and comic appearance is taken from influences such as ‘Final Fantasy’, ‘Xena: Warrior Princess’ and ‘Buffy the Vampire Slayer’, which blend elegance and beauty with cool fantasy aesthetics.

"'Tactics of Augmented Dreaming' presents works by fifteen artists, as an extension and redirection of the broad, ecological themes explored in “Matters of concern | Matières à panser” at La Verrière since 2019. The new show presents speculative, future-facing work, science fiction, and new narratives to be invented and shared. In keeping with the emphasis on artisanship and materiality in the preceding series, 'Tactics of Augmented Dreaming' does not set out to replace forms with stories or theories, but rather to show how speculative fiction can be a secret, animating force in art objects that are not directly discursive.

The exhibition brings together a young generation of artists, some of who are exhibiting in Brussels for the first time, and a handful of more established figures: hybrid, techno-organic sculptures by Roy Köhnke and Alex Ayed, Pierre Huyghe’s real-world excavations, futurist-fetishist glass and metal weapons by Tarek Lakhrissi, constellations of forms and forces by Marie-Claire Messouma Manlanbien, Suzanne Treister’s cryptic world-systems, queer/fantasy appendages by the collective platform La Satellite (Luz de Amor, Set Chevallier & Chloé Van Oost, Marine Forestier, moilesautresart and Astrid Vandercamere), and Paul Thek’s strange, stellar allegories. The exhibition is an archipelago of indeterminate forms, each one an open door to a parallel universe, affirming the power of the imagination as a tool for political and social transformation."