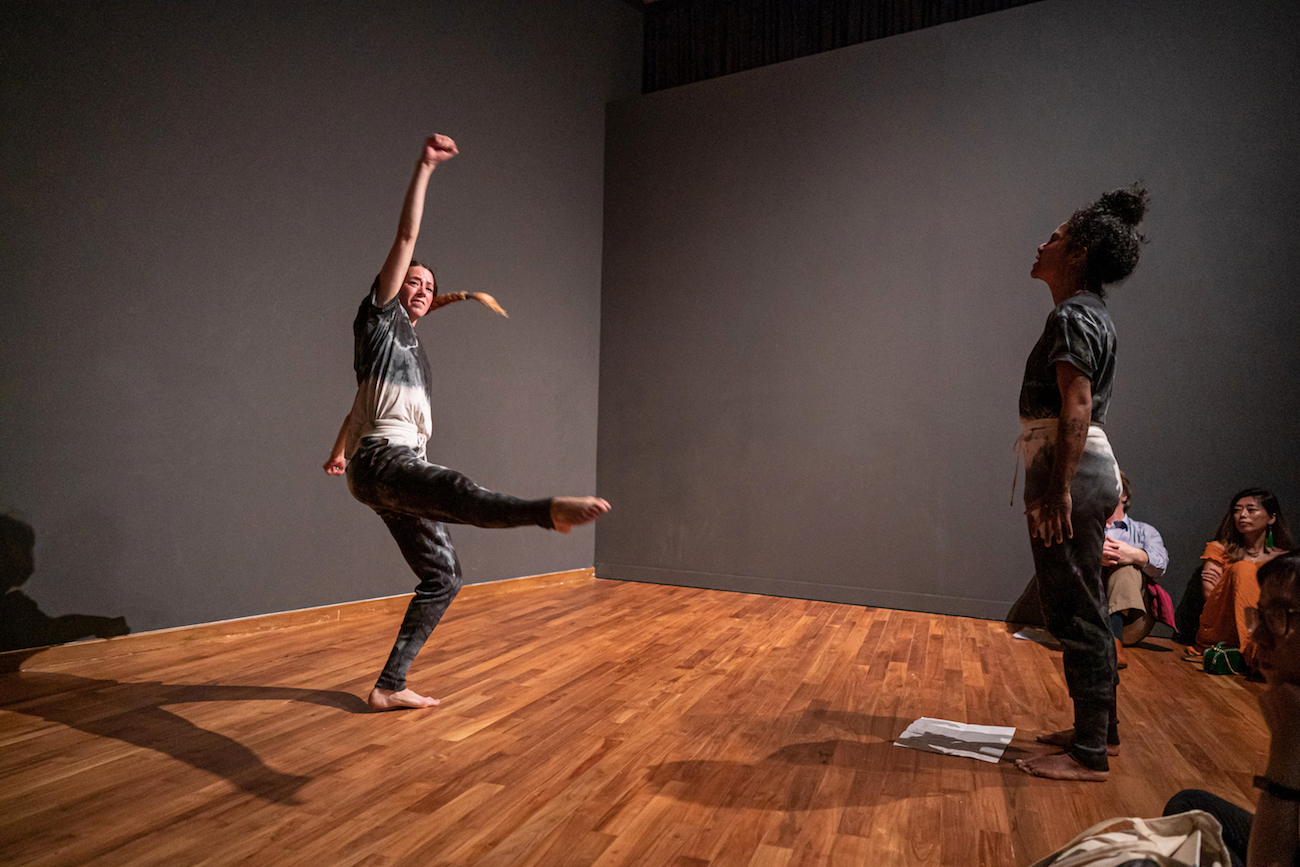 Nicole Bachmann presents her performance 'Personare', performed by Patricia Langa and Deborah Emmanuel. ‘Personare’ continues Bachmann’s engagement with the relationship between language, voice and power, through speech and gesture.

"'Tomorrow Is An Island, as inland, a sin land' is an artist-led project that speculates on the future of islands, deep time, the fate of ‘crisis’ as a frame of our predictions and conceptions of future time, and the exchanges between bodies and cities. The title deploys a sequence of anagrams that rescrambles with each new phrase, suggesting that the ways in which the next moment could retain recognisable components of the present but to disruptive effect.

Both an exhibition and a publication, Tomorrow Is An Island, as inland, a sin land begins as a speculative premise - What kind of future(s) can we imagine for our current conditions of precarious migrations, securitised fears and asphyxiated commons? What cultures of care could be freshly fermented amidst the poison of radicalised divisions, and what kinds of social contracts might persist between cities and their inhabitants, and between differing islands? How can the disruption of nature/culture binaries foster more-than-human entanglements?

Tomorrow Is An Island, as inland, a sin land brings together four artists and two writers from Singapore and Switzerland to rethink ideas of systemic change, counter-mapping traditional ideas of boundaries and envision new forms of assemblage. Switzerland and Singapore share notions of ‘island’ in multiple ways: geographically, politically and historically. The artists and writers challenge each other through a sequence of conversations and readings, about our responses to futurity, territory, and alterity. This archipelago of collaborators and ideas offer the six artists and writers the opportunity to focus on the dynamic relations between places and bodies as fluid tropes of assemblage, mobilities and multiplicities. The Tomorrow that results is an exhibition of this archipelago as inland, a sin land as well as a handbook for traveling to that tomorrow in the now."

View all news
Nicole Bachmann
Receive updates on exhibitions, shows, events, and artists.
Thank you for subscribing to our mailing list. Please check your emails to confirm.
Something seems to have gone wrong while submitting the form, please try again