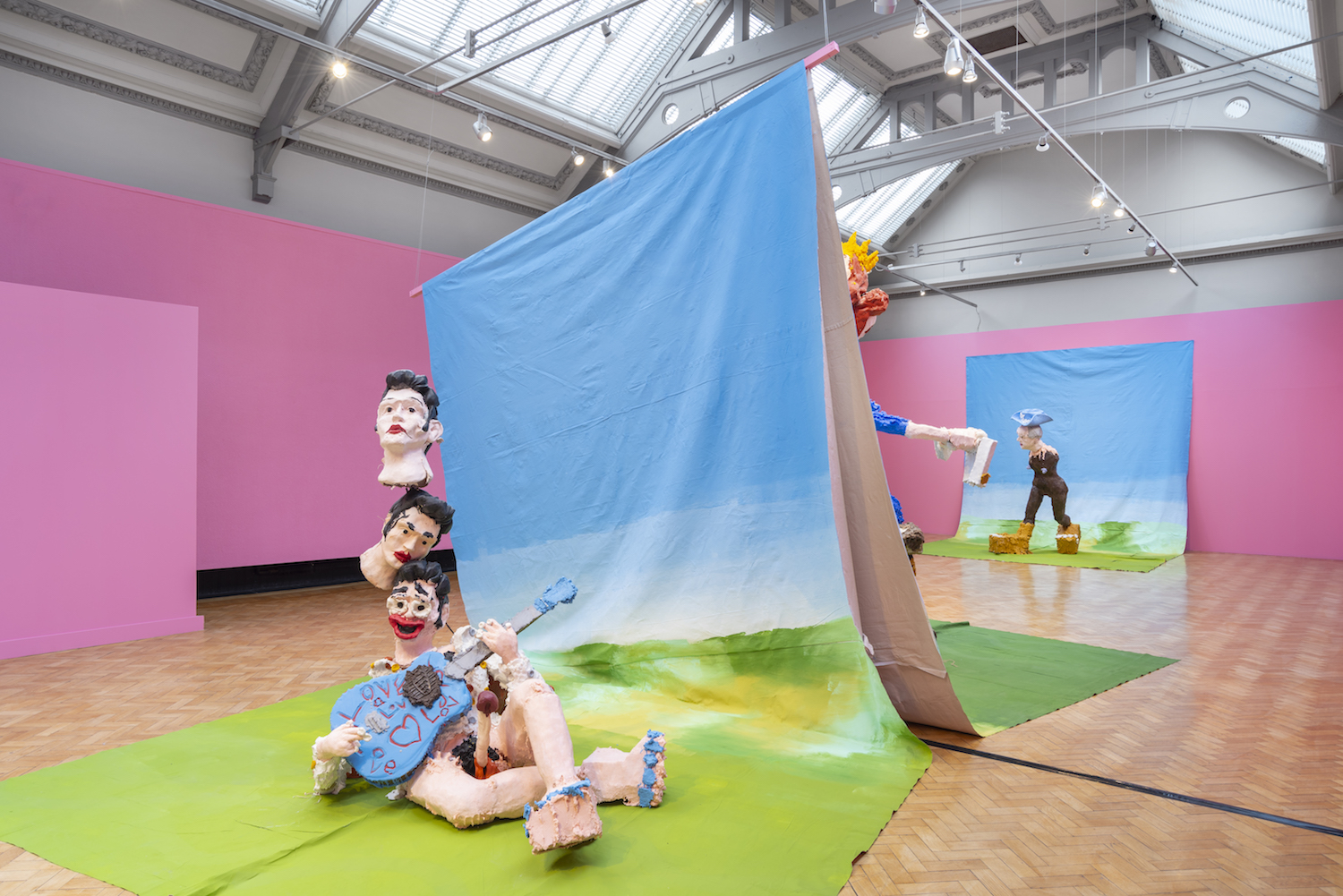 Jamie Fitzpatrick has created a new body of work spanning sculpture, installation, video and performance, for his solo show at Contemporary Forward. In his signature, Monty Pythonesque style, ‘He He He He’ presents 4 male protagonists loosely based on canonical figures such as Elvis Presley, the art-world all-star Henry Moore dressed as a cowboy and an amalgamation of Charles I and Vincent Price as Matthew Hopkins: Witchfinder General. Each character has been aptly named with one word titles relating to the figures they are based on, highlighting their literal qualities and reason for being selected.

Oppressive, 20th Century iconography and the historic struggle for civil liberties play major roles in Fitzpatrick’s installation 'He He He He', having been invited to explore Rochdale’s collection of artefacts relating to the Peterloo Massacre of 1819. The use of cavalry to suppress peaceful protest in that instance, and the looming influence of ‘heroic’ male figures in popular culture finds the likes of Elvis Presley and Henry Moore enrolled as protagonists in multimedia installations that shred ideas of supremacy on the basis of circumstantial attributes such as gender, class and race.

Working alone and appearing as the only performer in his moving image work, London-based Fitzpatrick casts a wry glance at the ever-shifting position between subordination and empowerment, journeying though historic and contemporary Britain, assumed authority and humiliation."

View all news
Jamie Fitzpatrick
Receive updates on exhibitions, shows, events, and artists.
Thank you for subscribing to our mailing list. Please check your emails to confirm.
Something seems to have gone wrong while submitting the form, please try again