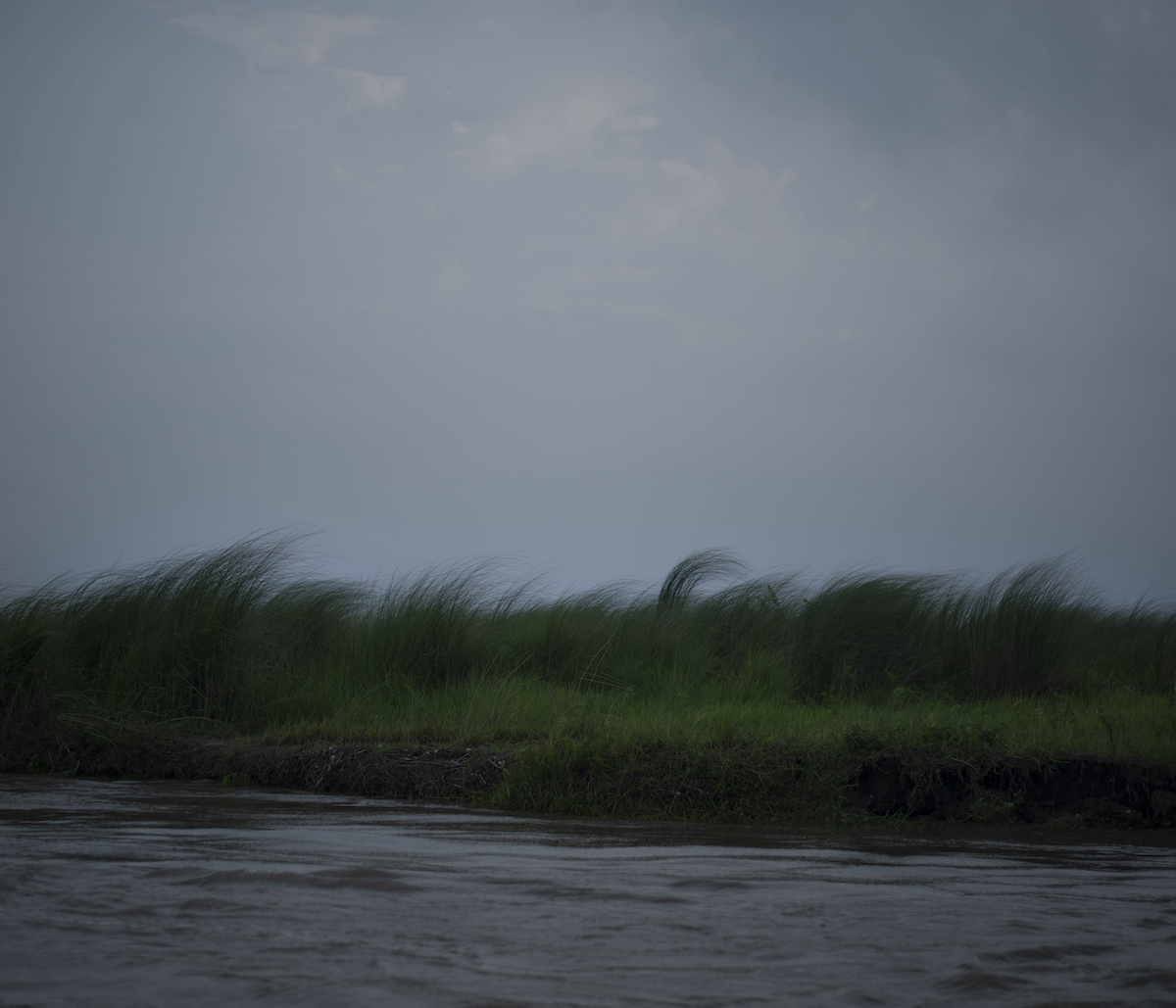 For the artist's first exhibition in the UK, Rahman will be exhibiting a selection of images from her series 'Files of the Disappeared'. The series of images is a project initiated to start a social movement to confront Bangladesh's state governments’ scare tactics and actions of more than 4,000 young people being randomly picked up by police and tortured in custody. Some returned unable to speak out, but many disappeared. The landscape photographs show the locations where some of the bodies were found. The portraits are stitched with golden thread across faces and mouths as a symbolic representation of silence of the artist’s protagonist in custody.

Responding to Format’s theme of CONTROL, it explores engaged collaboration as a potential strategy for both complicating and seeking to overcome photography’s intrinsic position as a tool of power, control and historically, domination.

The works comprising this exhibition typify what Stuart Hall has termed ‘photography as reconstruction work’ (1984), drawing in the present on the past in order to imagine potential futures of togetherness. They extend the demands of photography’s civil contract (Azoulay 2008) beyond viewership, tracing it to the process of image-making.

These works are about listening and healing, gathering allies and creating potential futures, together, through making and displaying images. They are images ‘made with’ collaborators, rather than ‘taken of’ subjects.

Ashfika Rahman’s Files of the Disappeared portrays victims of political injustice in Bangladesh. She also shows the places where the bodies of so-called criminals have been found after “clashes” with the police.

View all news
Ashfika Rahman
Receive updates on exhibitions, shows, events, and artists.
Thank you for subscribing to our mailing list. Please check your emails to confirm.
Something seems to have gone wrong while submitting the form, please try again