SNAP-FRAME is a trap, a snare and a constraint as much as it is device for display. DRANK refers to Purple Drank, the woozy drink made from cough syrup mixed with Sprite that has a cloudy sweet smelling froth. 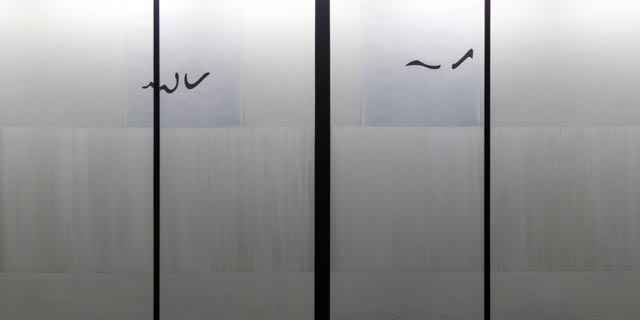 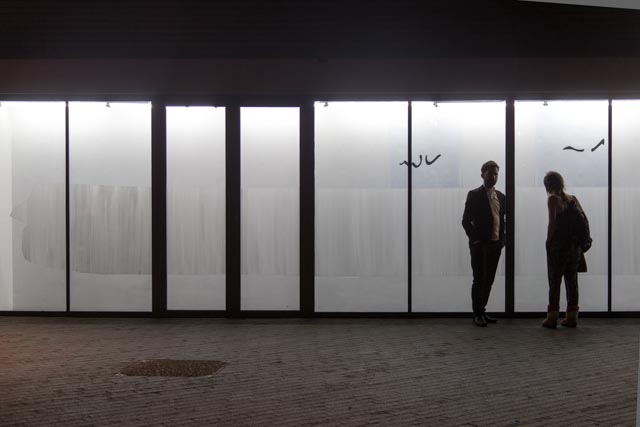 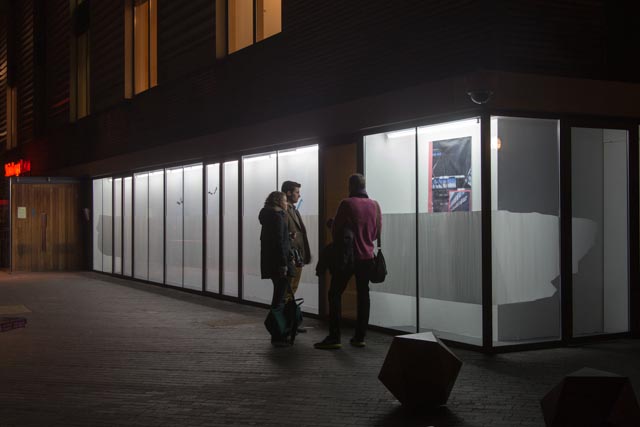 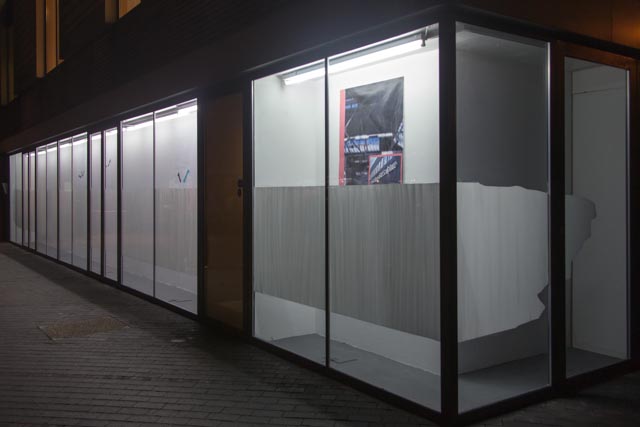 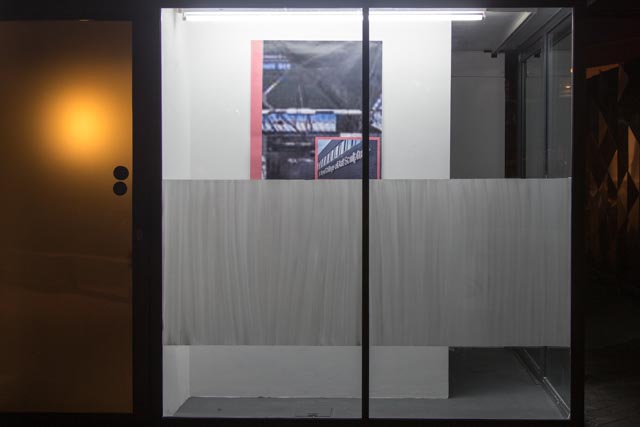 Olivier Castel presents his work under heteronyms and has created over thirty different identities since 2001. Often using ephemeral or temporal formats he makes installations with projection, audio, posters, reflective surfaces and light, and works extensively with printed matter. His work functions as a series of propositions, which explore the process by which things are made visible. He is presenting work in SNAP-FRAME DRANK under the name Winnie Cott.

Anders Clausen's work depicts disembodied eyebrows; far removed from any other facial context they float around the surface of empty frames. With his recent attention to portraiture, Clausen plays a game between cartoonish hyper expression and a blank nothingness of flat-screen life. His recent solo exhibition at Christian Anderson in Copenhagen consisted of work that addressed linguistic disruption within contemporary means of communication.

The large white stripe by Winnie Cott is loosely based on the form of a floating stick that also inhabits the form of a long word or sentence. Rather than use words the artist takes the strikethrough used in Word to suggest a backtracked text. Scoring the foreground of the space, the form is rendered in the solution used on shop windows during times of transition.

In SNAP-FRAME DRANK, Ed Lehan will show an image of the facade of Royal College of Art, London - an unforgiving, un-emotive portrait of a College he did not attend.

Olivier Castel (b. Paris 1982) lives and works in London. Recent exhibitions and projects include 'Vive l'Amour', Schneeeule, Berlin; 'Memory Marathon', Serpentine Gallery, London; 'Spieltrieb', Ibid Projects, London; 'A Trusted Friend', Carlos/Ishikawa, London; 'Sweets in jars, seeds in bags, jars in stores, bags in stores', Ausstellungsraum Klingental, Basel; 'Getting it Wrong', Das Weisse Haus, Vienna; In the Belly of the Whale (Act III), Montehermoso, Vitoria-Gasteiz (all 2012). Castel has forthcoming solo presentations at Concrete at the Hayward Gallery, London and Rowing Projects, London and is currently exhibiting as Hideki Mathumoto in '13b' in Liverpool.

Cameron Irving's work is a web of connecting activity that includes writing, curating, readings, film and drawing. His writing has been included in magazines such Frieze and Untitled. His film Revive recently shown at the South London Gallery is based on personal research into the poet/monk Dom Sylvester Houédard. An edition by the artist will be available alongside the show.