A solo exhibition of London-based artist Karen David. David’s multi-disciplinary practice explores themes and notions of mysticism and consumerism with direct reference to the domestic and the interior through her use of materials, mediums and cultures such as; tie-dyes, crystals and dreamcatchers. 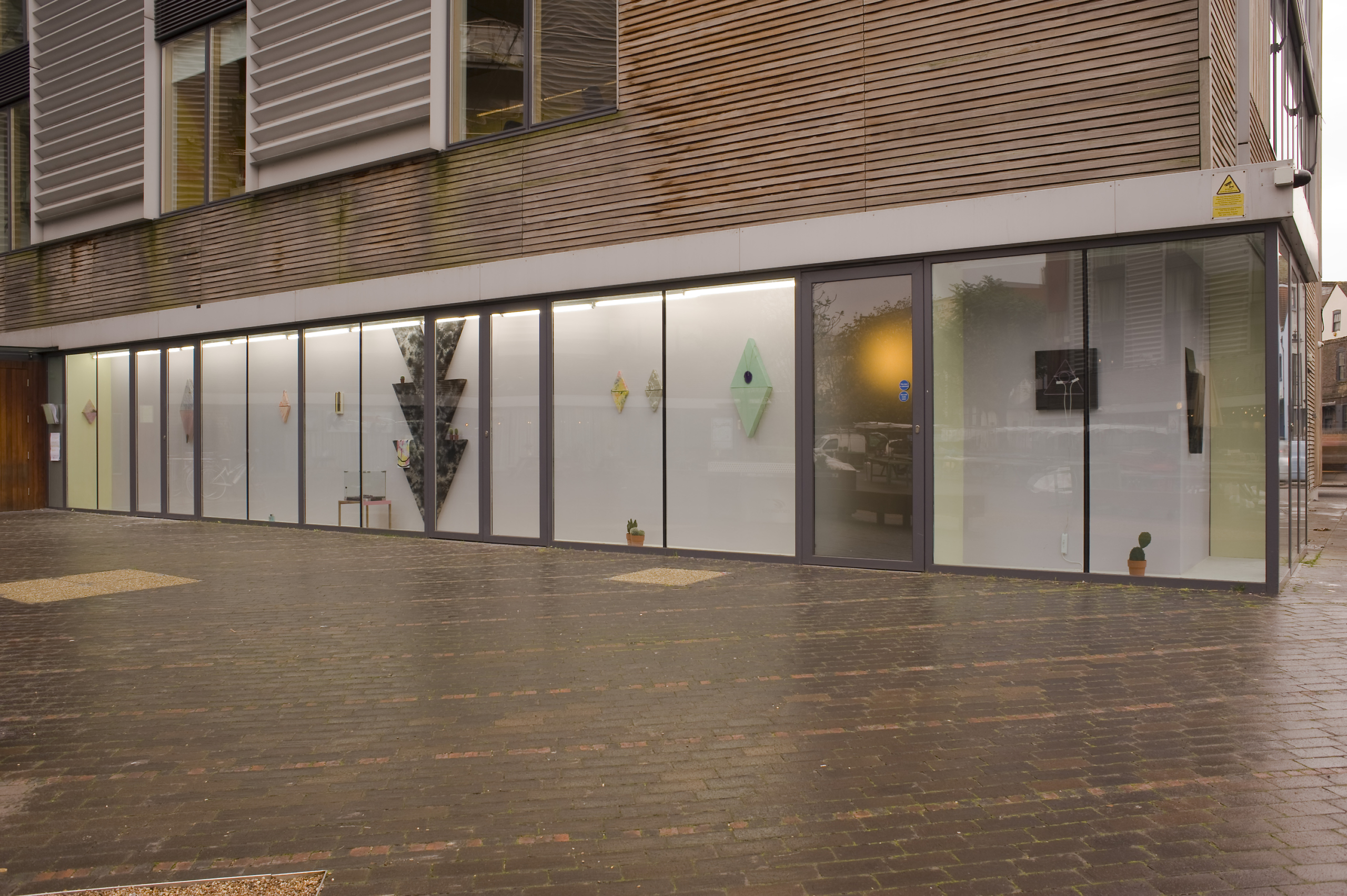 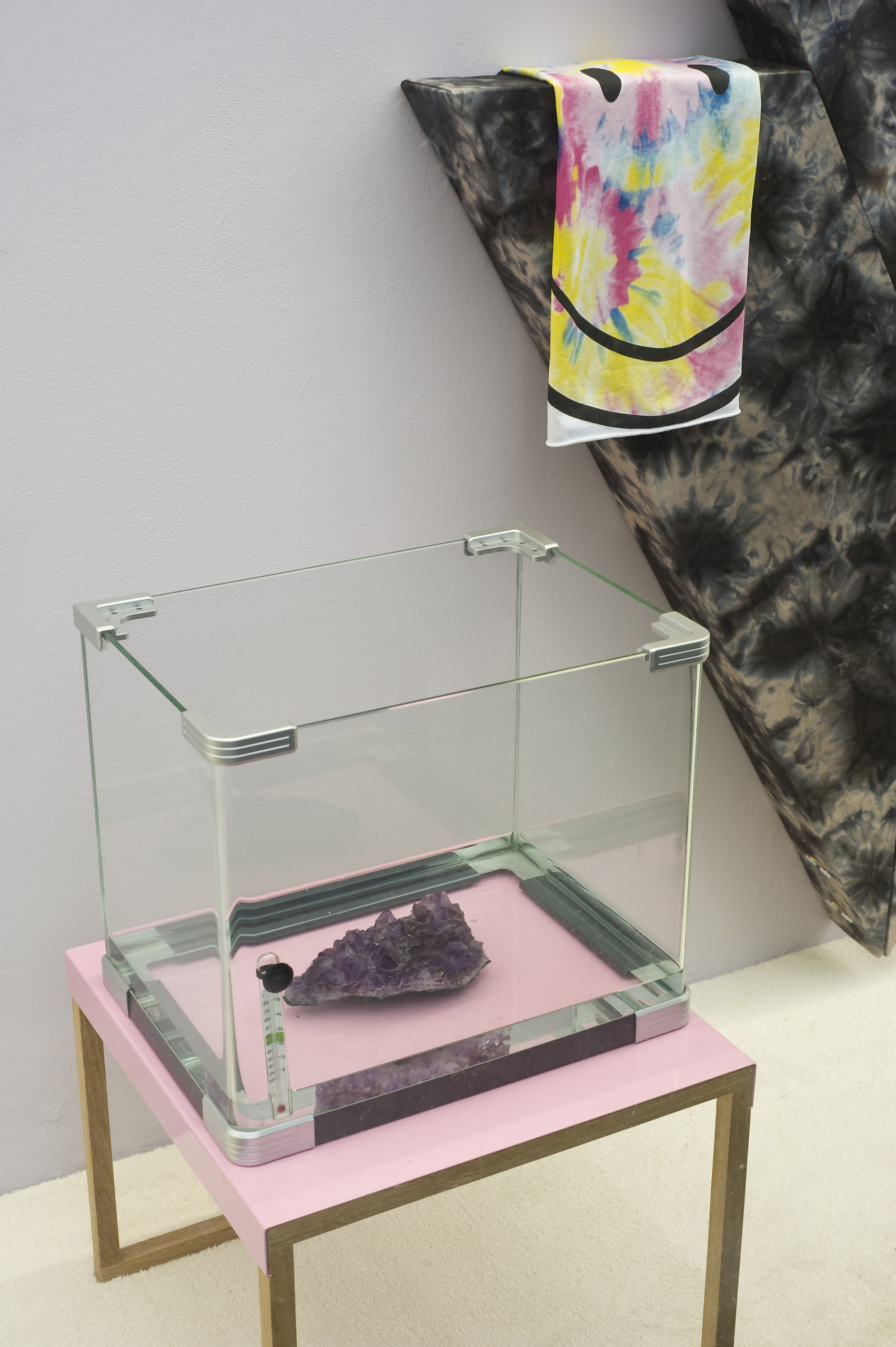 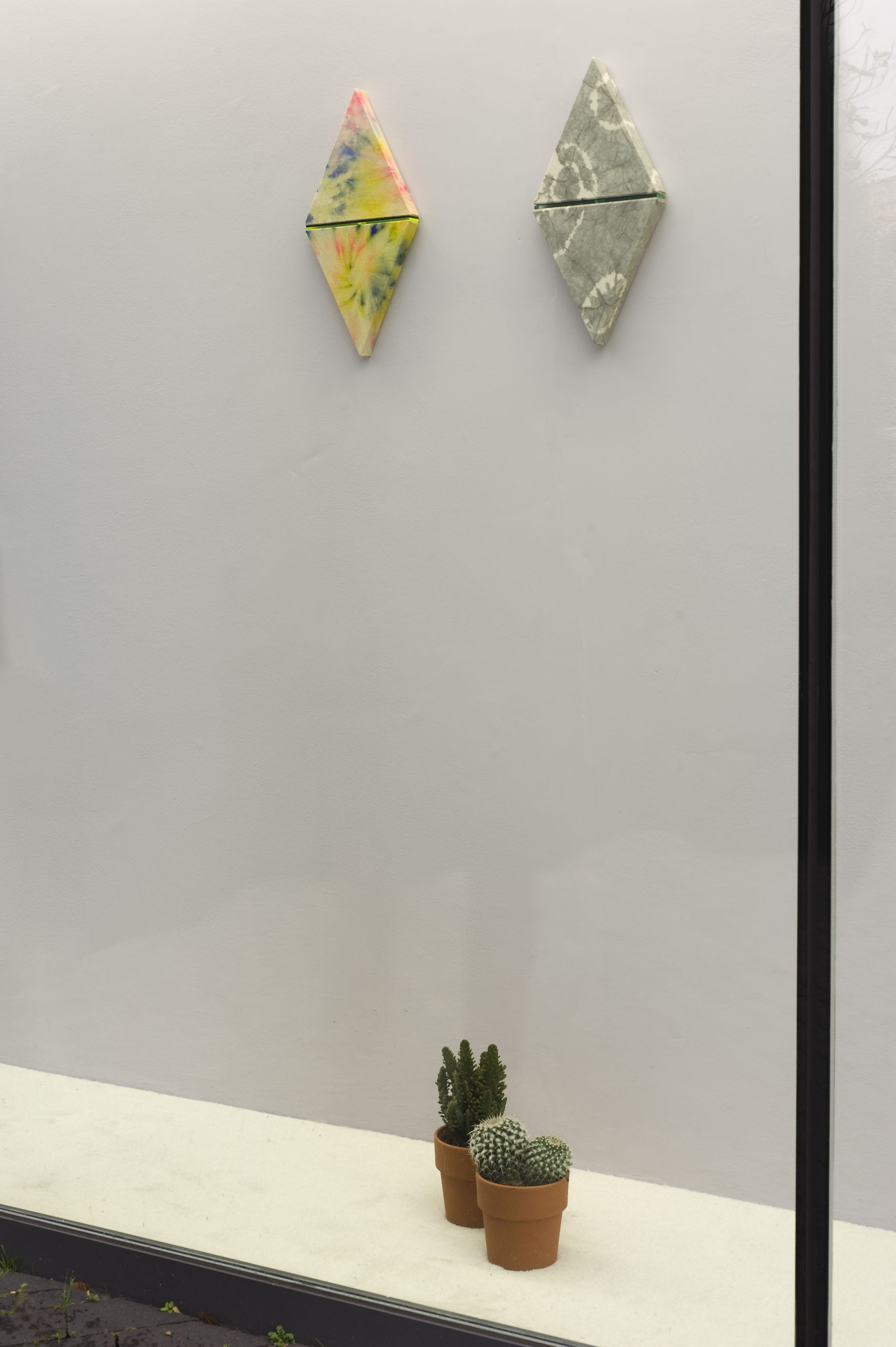 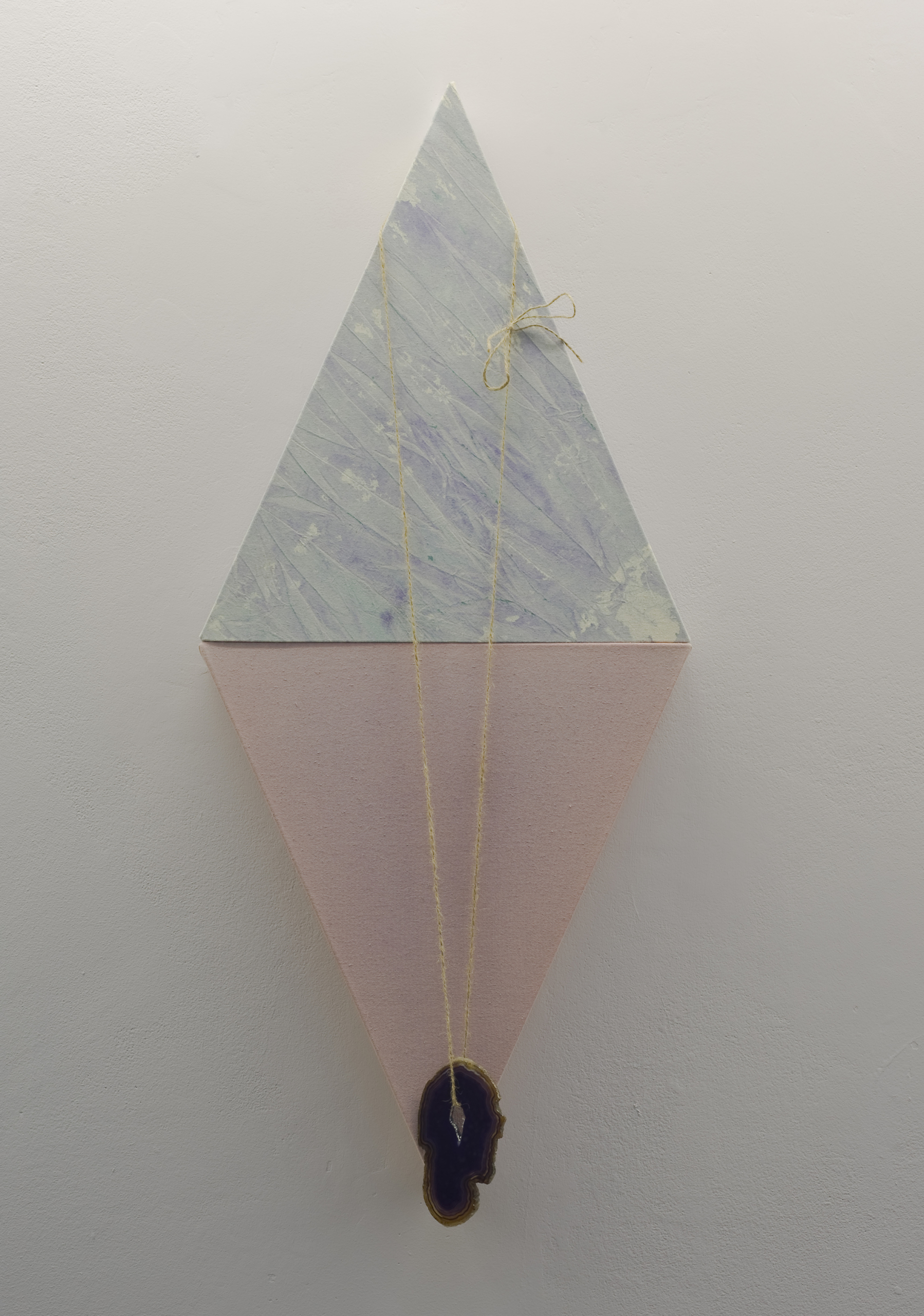 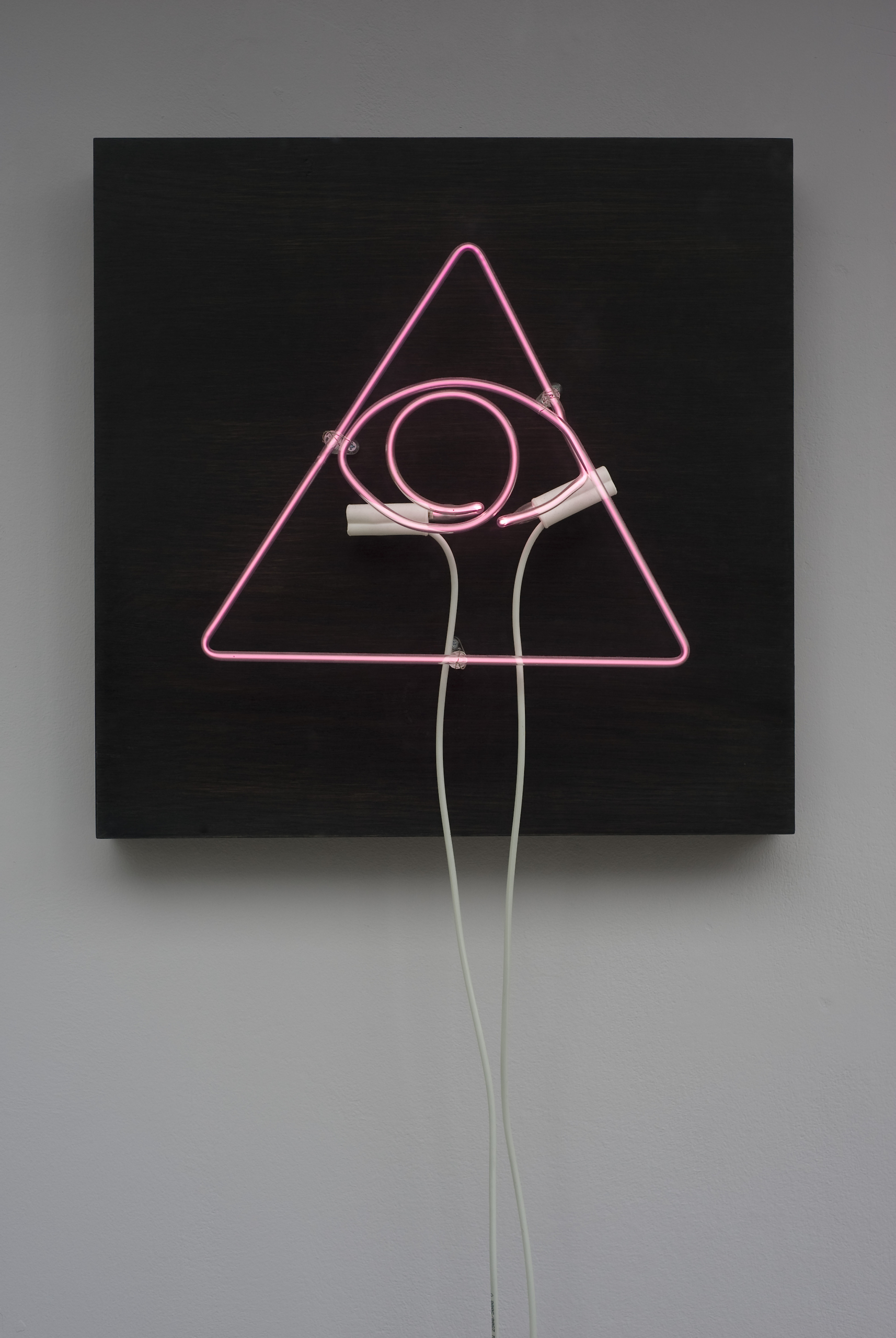 Taken as a starting point, in the summer of 2014, David visited the home and studio of Donald Judd in Marfa, Texas and Georgia O’Keeffe in Santa Fe, New Mexico and was affected by the way in which both artists fused their studios with their homes; Judd having a bed in his studios and O’Keeffe having sun-bleached skulls in her lounge. Both, coincidently, moving to South West America from New York, David identified a clear affinity with the vast desert they inhabited.

For this exhibition in Vitrine’s unique 16-metre long gallery window, David has created a domestic interior that mimics this relationship of home/studio. Housing her varied breadth of work, commenting on the objectification of spirituality and juxtaposing these with contradictory and harmonising elements noted in multiple references.

At the centre of the space lies a glass tank with a purple amethyst crystal partly submerged in water. Paintings, sculptures and neon work adorn the dusky pink wall carefully selected from C.W. Leadbeater’s colour chart from the 1901 book ‘Thought Forms’ in which he describes this particular shade of pink as ‘love for humanity’. The floor has been laid with a soft pale carpet and sprayed with Antonio Banderas’ fragrance Blue Seduction; supplying ‘freshness and purity’ and offering the works comfort in a shamanistic methodology.With these stylistic ingredients and gestures of a 1960’s hippies den, David utilises elements belonging to the New Age aesthetic and recognisable motifs noticeable in Post Painterly Abstraction; the space carefully ordered into what could be seen in interior magazines - commenting on the quality these movements have today.