The second of two pilot solo projects in Basel, Switzerland, at Rheingasse 17. Edwin Burdis's first Swiss presentation, with paintings from a new series of works 'POLYTUNNEL-BANGERZ' in which the artist samples existing artworks - including his own - in acrylic, gloss and spray paint on canvas. ‘Mark’s Horse’ and ‘My Sentinel’ hang together as ‘Delusions of Grandeur’; joking around an established value system and every artworks place within it. 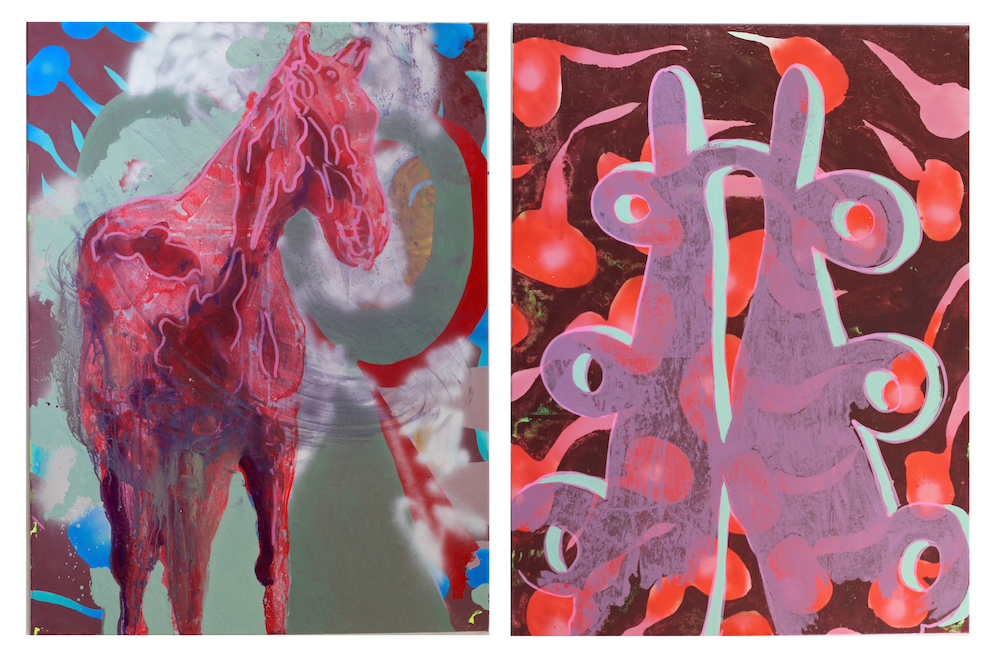 Edwin Burdis (b. 1974, Newcastle, UK) has significantly contributed to the London art scene for over a decade and is now based between London and Wales.

He is commissioned for SCULPTURE AT Bermondsey Square, London, (2015); and had a residency at Primary, Nottingham, UK (2014).