'In Other Words' is a solo show by Indian artist and poet Ishita Chakraborty. The exhibition presents her large-scale, floor-based installation 'Europa' alongside wall-based ceramics and works on paper. 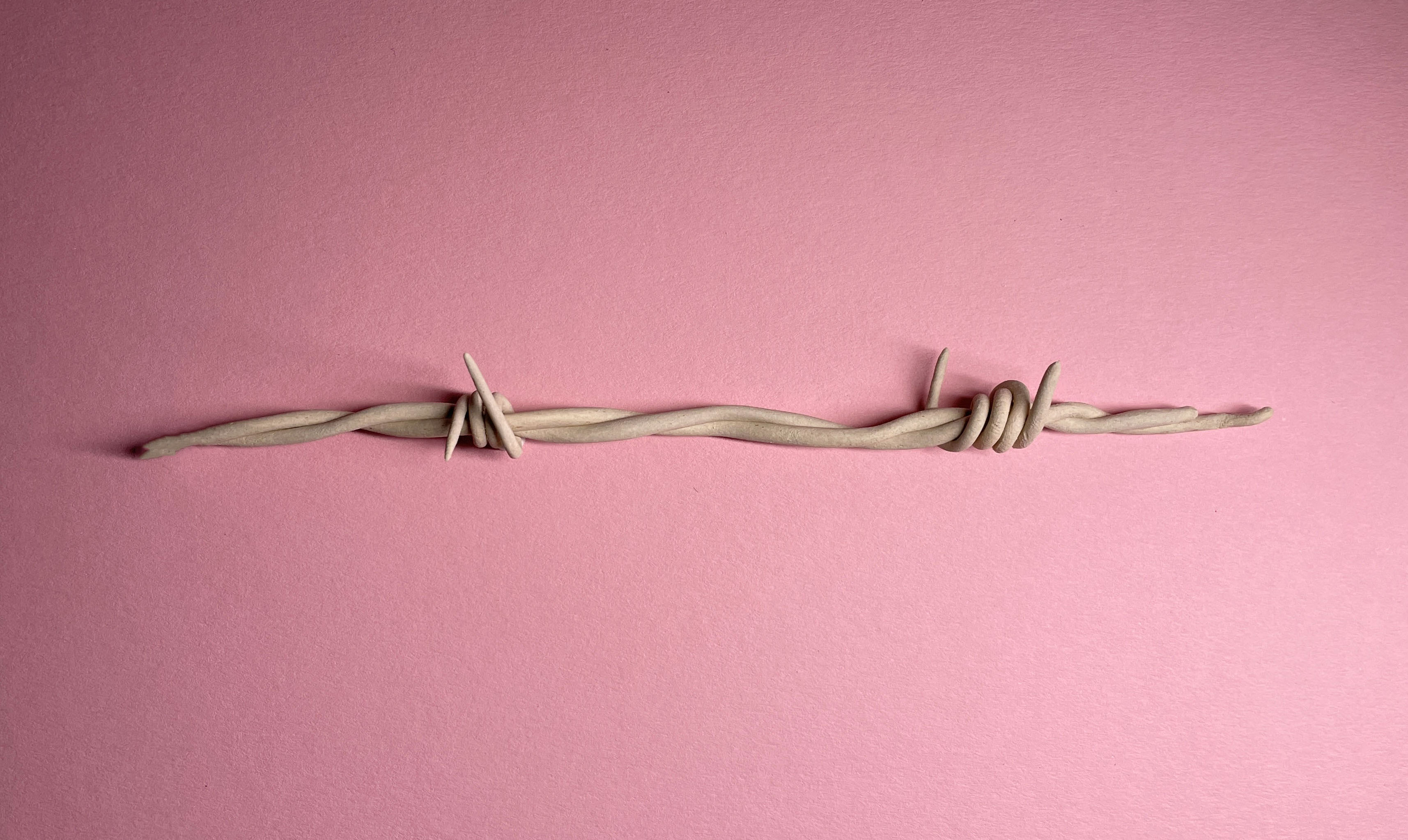 Chakraborty's practice engages with global migration, its causes, and the resulting implications and socio-political issues that follow. She initiates her work through the interaction with individuals and groups directly affected by, or actively entangled in, geographic displacement.The identity of an immigrant has been something the artist has had to engage with outside of her practice, having moved to India to Switzerland in 2018. When she initially moved, a large part of her time was spent attending German language courses where she met other immigrants and refugees, listening to their stories and sharing experiences.

Following this experience, Chakraborty began conducting participatory workshops where refugees, migrants, and locals withinSwitzerland meet to speak with one another, share stories and make models of mushrooms together. Intending to connect people and allow them to share experiences, the workshop offers an opportunity to speak their native languages. The outcome of this is the work 'Europa', a 2700+ installation of mushrooms, produced from different types of clay, resulting in a variation of colours including black, brown, white, beige, pink and orange. The artist likens these colours to the skin types of those who attend the workshops. Giving a sense of diversity much like an ecosystem.

The artist imagines each person as a mushroom; interconnected through a root network that transcends countries borders. They serve as a metaphor for the dispersion of people beyond their birthplace. With 'Europa', anthropological questions also become ecological ones, highlighting our interdependency on one another - Anna Tsing's seminal book 'A Mushroom at the End of the World' (2015), a reference of the artist, uses mushrooms as an analogy for the importance of human 'assemblages' outside of a conformed nationality or country.

In a line, along the long walls of the gallery, is Chakraborty's other unglazed ceramic series 'Resistance' (2021-ongoing). Modelled on barbed wire, an object that embodies violence and intolerance of 'the other', the work is a commentary on the brutality of humankind, symbolising borders and the keeping out of those not wanted. By producing the work in a fragile material, the artist neutralises the original objects threat.

The violent connotation of cutting that barbed wire evokes, feeds into another series presented as part of the exhibition 'Zwischen/Between' (2017-ongoing). 'Zwischen/Between' is a series of works on plain white paper which have had their surfaces scratched, like a deep wound beneath the surface of skin, inspired by braille writings. Deriving from recordings the artist has taken of the voices of those who have experienced exile, loss, and violence, the series becomes a visual archive of these stories. Chakraborty considers listening an exercise of resistance and tool for the anti-colonial struggle to understand people's identity.

Forthcoming exhibitions include 'Exotic Plants in the Garden - what to do?', a solo presentation as a guest of Auswahl 22, at Aargauer Kunsthaus, CH (until 2 January 2023).

No items found.
VITRINE, Basel
Receive updates on exhibitions, shows, events, and artists.
Thank you for subscribing to our mailing list. Please check your emails to confirm.
Something seems to have gone wrong while submitting the form, please try again