Faramawy has produced a perfume entitled 'Hyperreal Flower Blossom', which will be launched with a site-specific installation at VITRINE. The scent, bottle and its packaging are described by the artist as, "a translation of a video of vocaliod pop star Hatsune Miku dancing in a garden", translating a 'hyperreal' image into an olfactory experience. 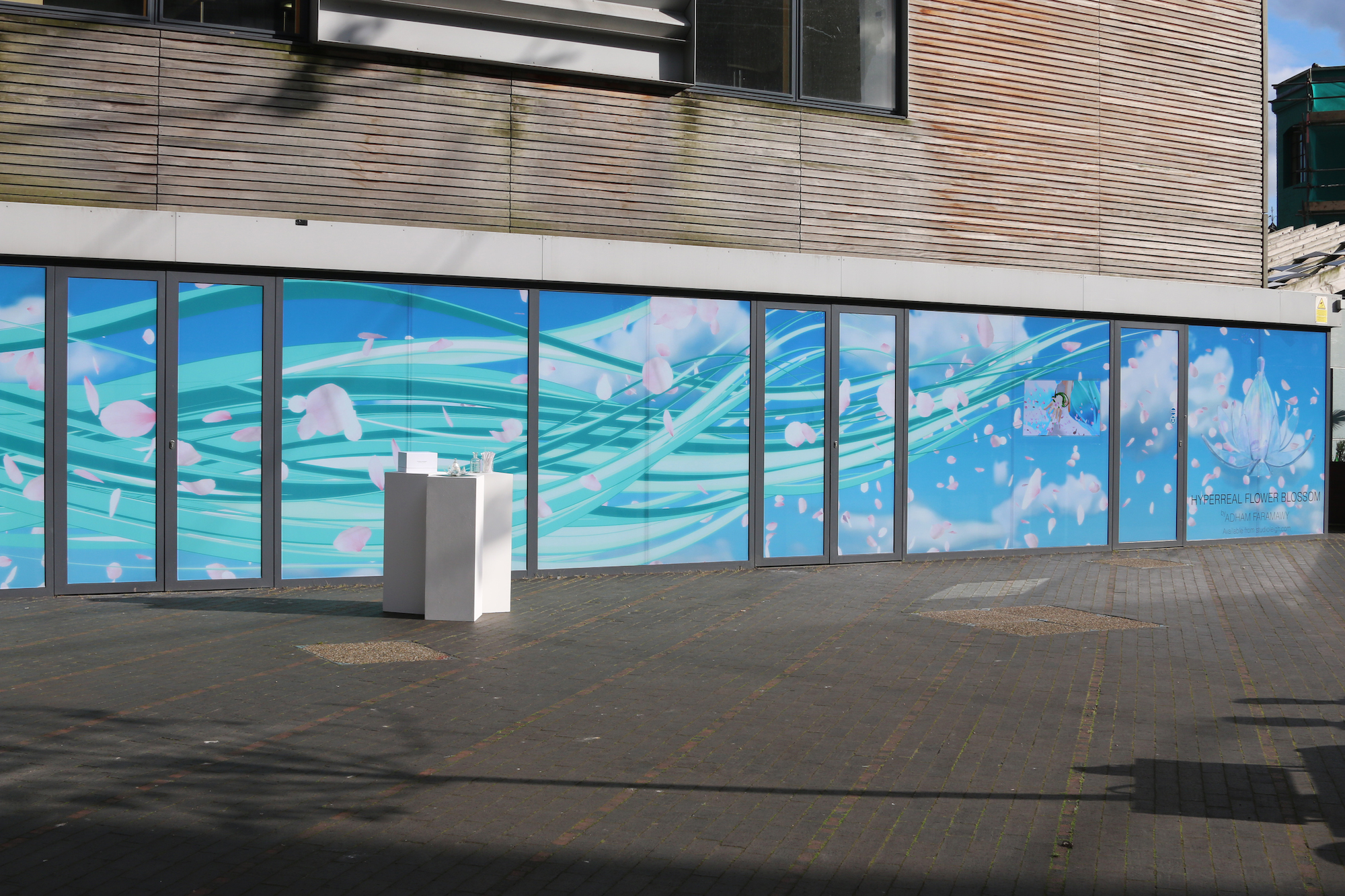 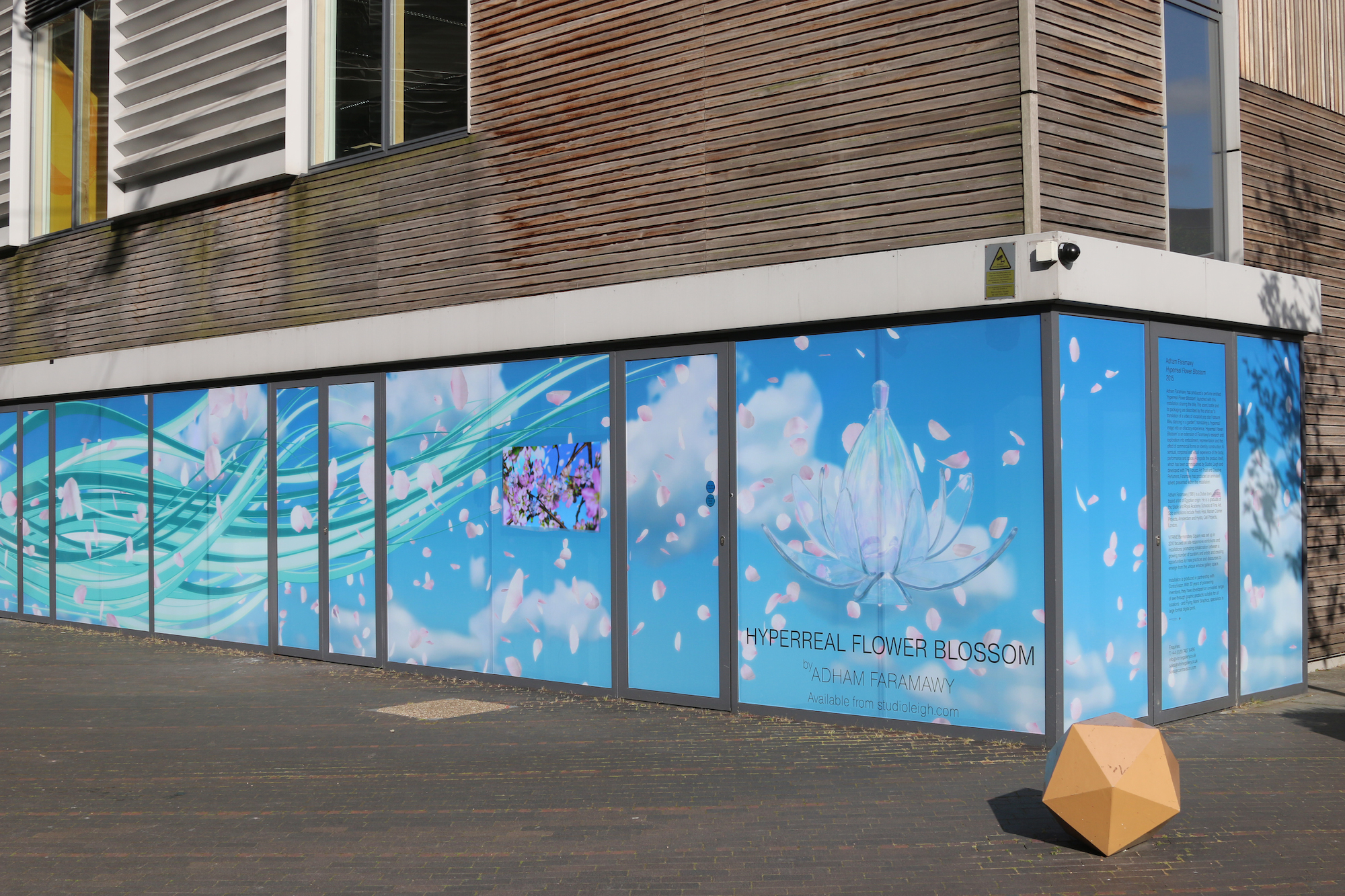 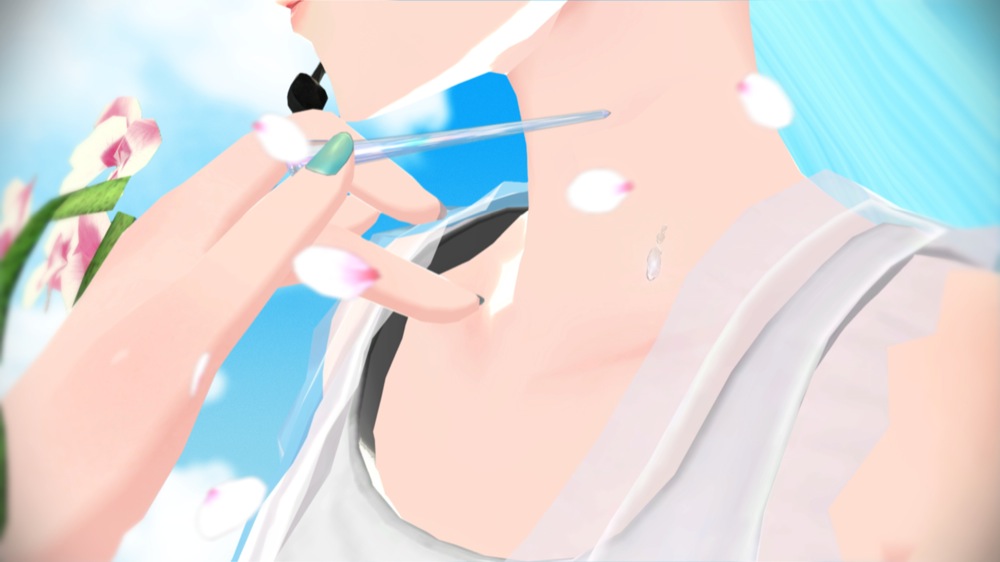 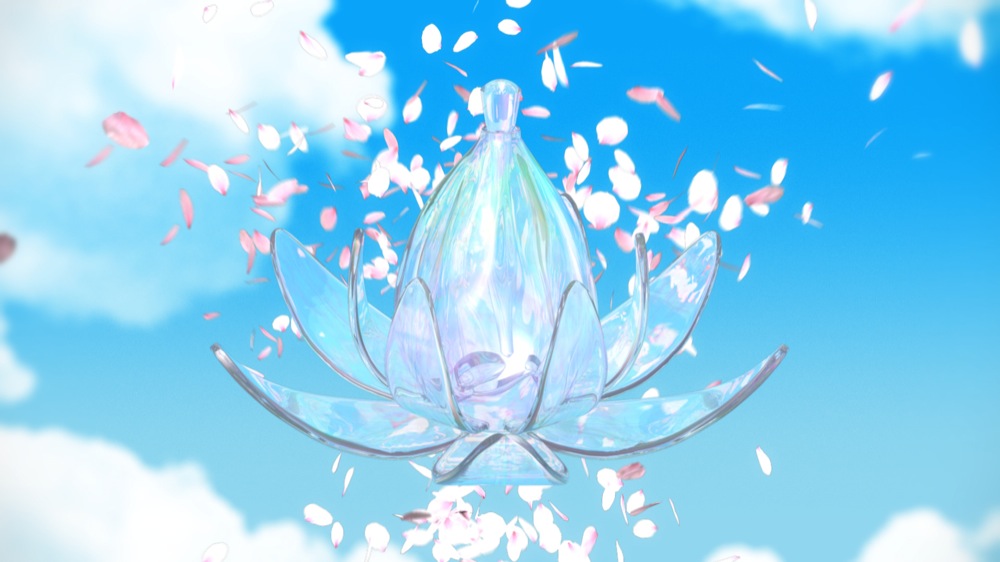 Faramawy's interest in the vocaloid Hatsune Miku is rooted in her complicated physicality. Miku is a precarious form, a hyperreal image and an unstable performance of aggregated identity. In attempting to ‚translate‚ or represent her, Faramawy has chosen to approach scent as a sculptural form, a presence without a body. Hyperreal Flower Blossom, is an extension of Faramawy's research and exploration into embodiment, representation and the effect of commercial forms on identity construction; A sensual, corporeal and visual experience of the body, performance and space.

Alongside the product itself, which has been commissioned by Studio_Leigh and developed with The Fiorucci Art Trust and Creative Perfumers, Faramawy has produced an animated advert, which will be presented within the installation.

Adham Faramawy (1981) is a Dubai-born, London-based artist of Egyptian origin. He is a graduate of both the Slade School and the Royal Academy Schools of Fine Art. Solo exhibitions include Feels Real, Marian Cramer Projects, Amsterdam and Hydra, Cell Projects, London. Group exhibitions include: Glumba SKZX, Ex Elettrofonica, Rome, E-Vapor-8, Site Gallery, Sheffield, Pre-Pop to Post Human: Collage in the digital age, Hayward Touring, Silica, Galerie Sultana, Paris (2014) and Half Abstract, David Roberts Art Foundation, London. His moving image works have been screened as part of Flatness: Cinema After the Internet, Oberhausen Film Festival, Syndrome of a Decade, Ikono Film Festival, Diamond Dust- A shifting grammer of originality, Circa Projects, Edinburgh Arts Festival and 21st Century Pop at the ICA, London.Hyperreal Flower Blossom's window installation is produced with the support of Contra Vision. The scent will be available from Studio_Leigh.com and for the duration of the installation, VITRINE.Installation is produced in partnership with Contra Vision and Flying Monk Graphics.