Working across painting, sculpture, film, photography and textile, Matić's practice explores the immeasurable dimensions of Blackness through the lens of their own personal experiences as a queer, Black womxn living in the diaspora. Their current work explores the Skinhead movement, its founding as a multicultural marriage between West Indian and white working class culture. In doing so, Matić aims to expose, combat and question the power relations that pervade the art world and society more widely.

'Born British, Die British’ emulates and adopts this right-wing statement and aesthetic signifier, staking a claim in a Britishness that is often denied of them. The myth of a ‘pure’ and ‘unadulterated’ Britishness.

Lal Hardy, the tattoo artist who endows Matić with this marking, has been tattooing punks and skinheads since 1979 – a politically turbulent period for Britain, and the year Margaret Thatcher became Prime Minister. The image of a middle-aged white man inscribing Britishness on the body of a 23-year-old, mixed-race, non-binary femme reads like an inauguration or an initiation. By reclaiming this body marking as their own, Matić signals and celebrates their skin as a subversive surface that undermines what it means to be born British and to die British in modern-day, multi-cultural Britain.

This ceremonial betrothing of Britishness upon Matić’s mixed-race skin speaks not only to the unique reality of hailing from the Black British diaspora, but also connotes the historical violence enacted on Black and Brown bodies in the name of ‘Great’ Britain, both historically and today. By committing to bearing this patriotic, nationalistic statement that is usually reserved for white Britons, Matić at once recognises and reconciles the discomfort surrounding their own Britishness, inserting themselves into an extremist, right-wing (sub)culture which seeks to eradicate their very existence.

The video is accompanied by a portrait of Matić, taken by legendary British photographer Derek Ridgers who is best known for his photography of music, film and street culture. The portrait is available as a limited edition print of 50 (+2 AP). If you would like to reserve one, please email: sales@vitrinegallery.com.

“We few, we happy few, we band of brothers;
For he to-day that sheds his blood with me
Shall be my brother; be he ne'er so vile,
This day shall gentle his condition”

Commissions include the 'Black Cultural Archives' by Tate x Mayor of London (2018). 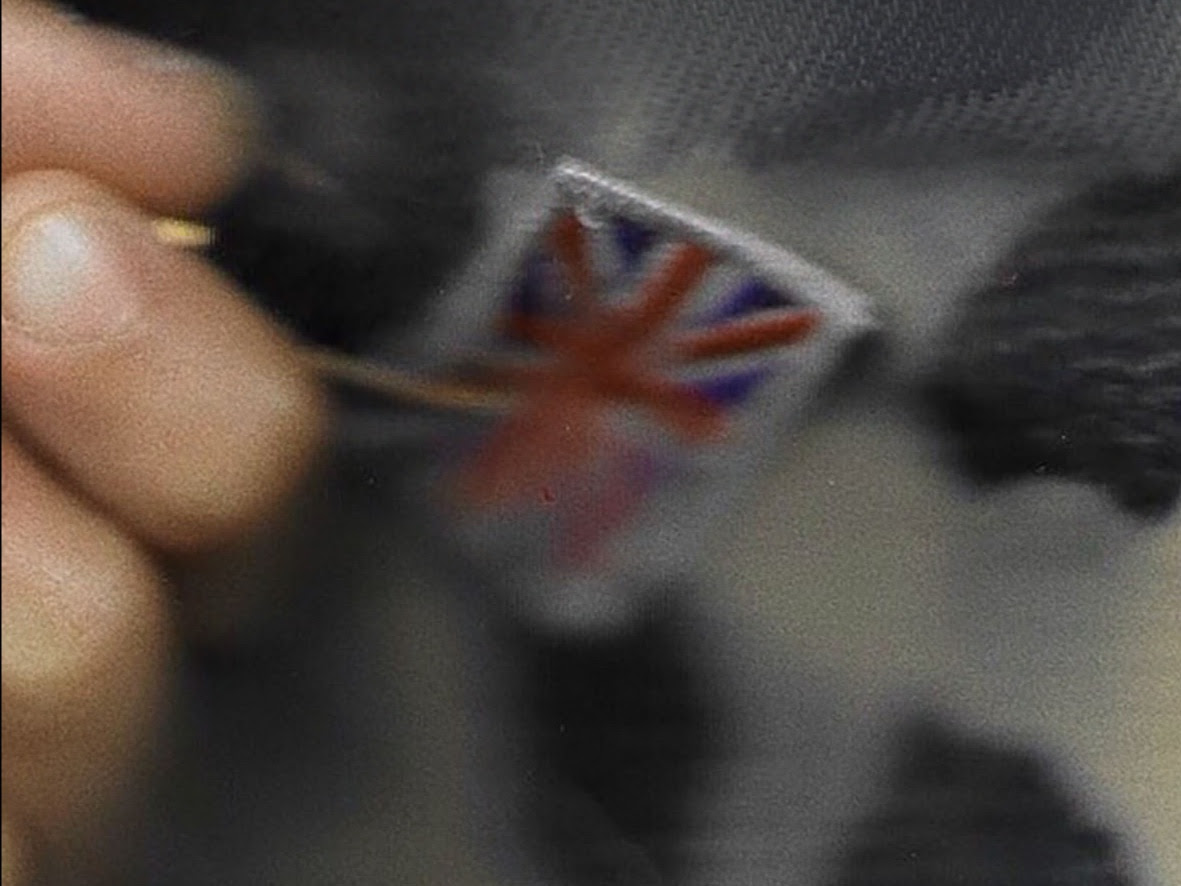