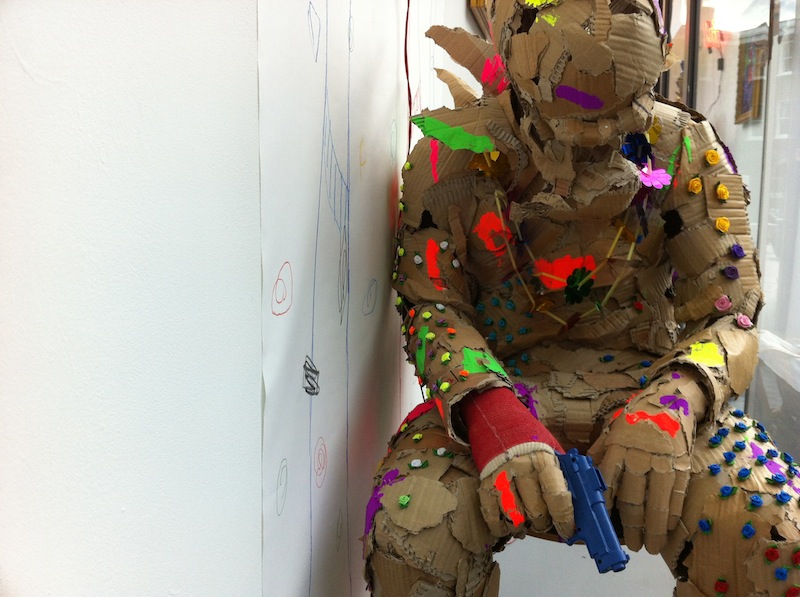 The three characters will reflect three acts, represented in three words: Walk, Self, End (raise your hands). Made of cardboard - badly dressed and badly looked after, like buried remains of a certain period - these characters will exist as sculptures throughout the duration of the show until the performer steps in and the sculptures become mask; the space 'activated'. They will assume the roles of the 'passers by', with the glass becoming an intervening wall.

At the End of my Three Stitched Steps' is the third exhibition in the VITRINE LIVE season. Over eight weeks artists will be invited to produce new live installation works within Vitrine's unique exhibition space (a 16 meter wide window on the public square, visible 24-hours). For the first time, performance will activate the main gallery, imbedded in a complex framework of images within this unusual exhibition space. Artists are invited to explore the crossovers in their practice between live art and the visual field. Subverting the premise of performance within its traditions as an ephemeral medium, the gallery will become an integral part of the work as an environment, backdrop or prop to the performance. Meanwhile, the square itself becomes an arena for display.