VITRINE presents the first solo exhibition in London by Sunderland born, Leeds based artist Jill McKnight. The exhibition brings together new and existing works produced whilst on a two-month residency at The Art House, Wakefield, that continues the artist’s investigations into the working-class experience, feminism, identity, domestic life, the home and labour. As a female artist from a working-class background, McKnight’s work seeks to foreground working-class stories, which are often absent or excluded from artistic and cultural discourse. 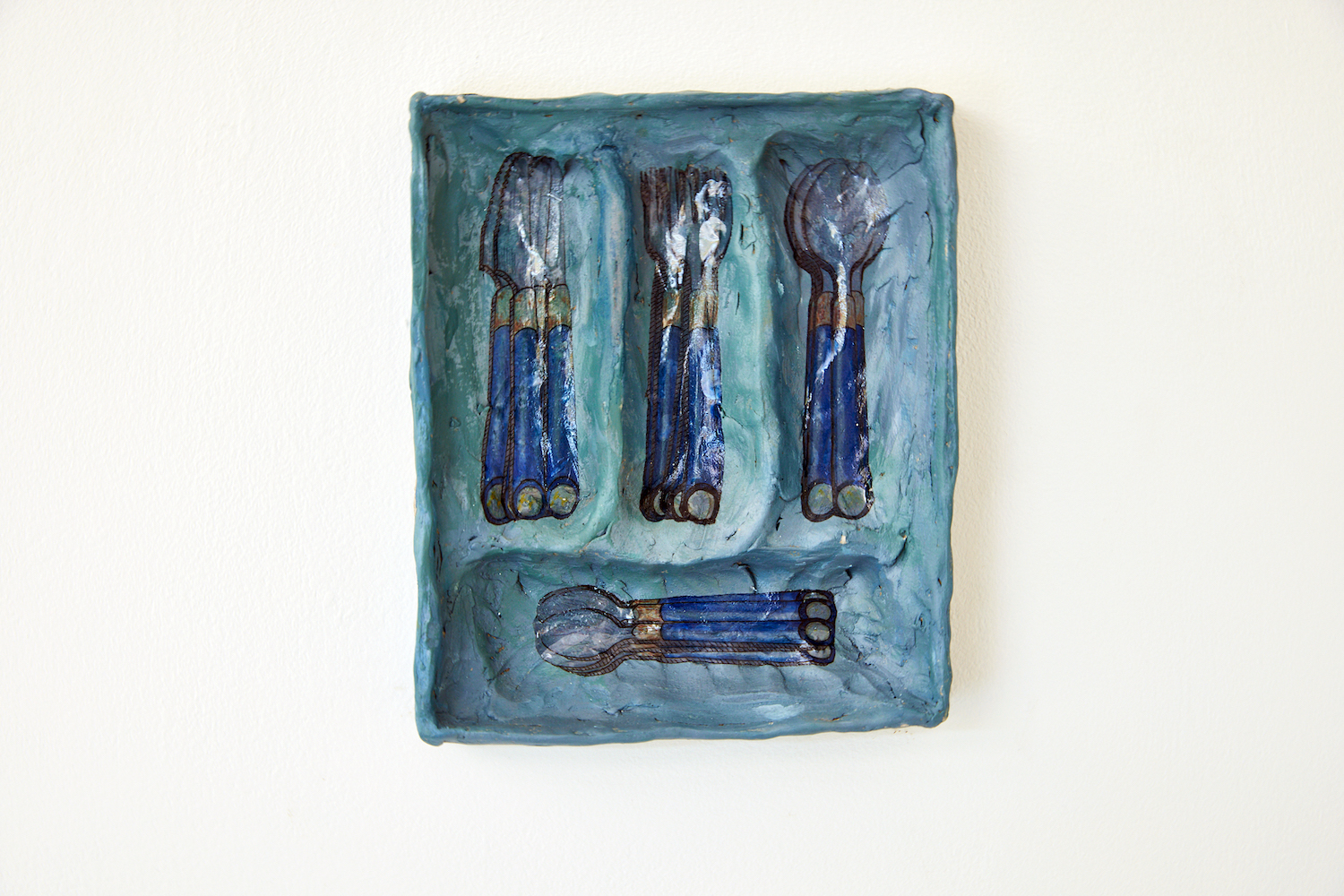 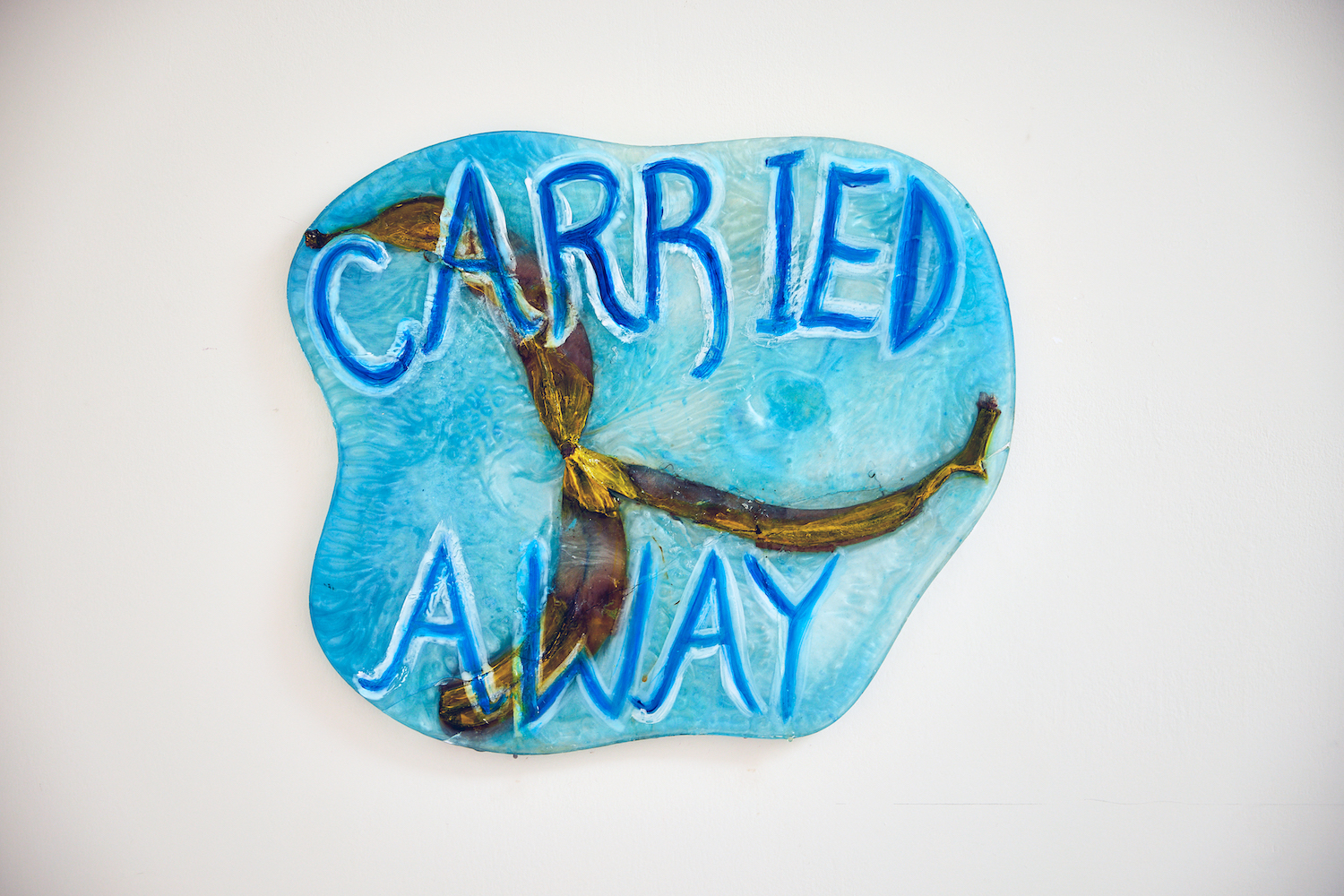 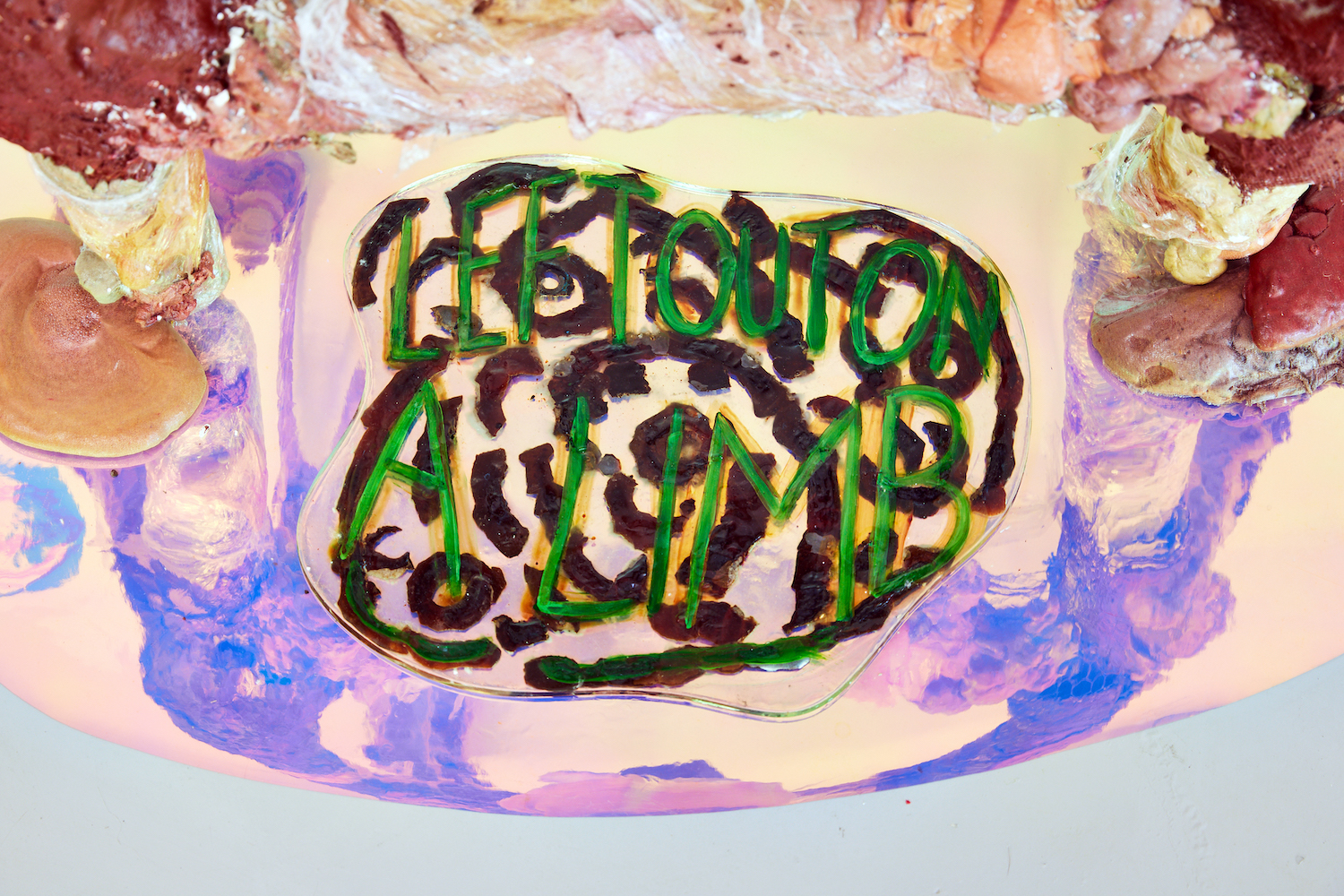 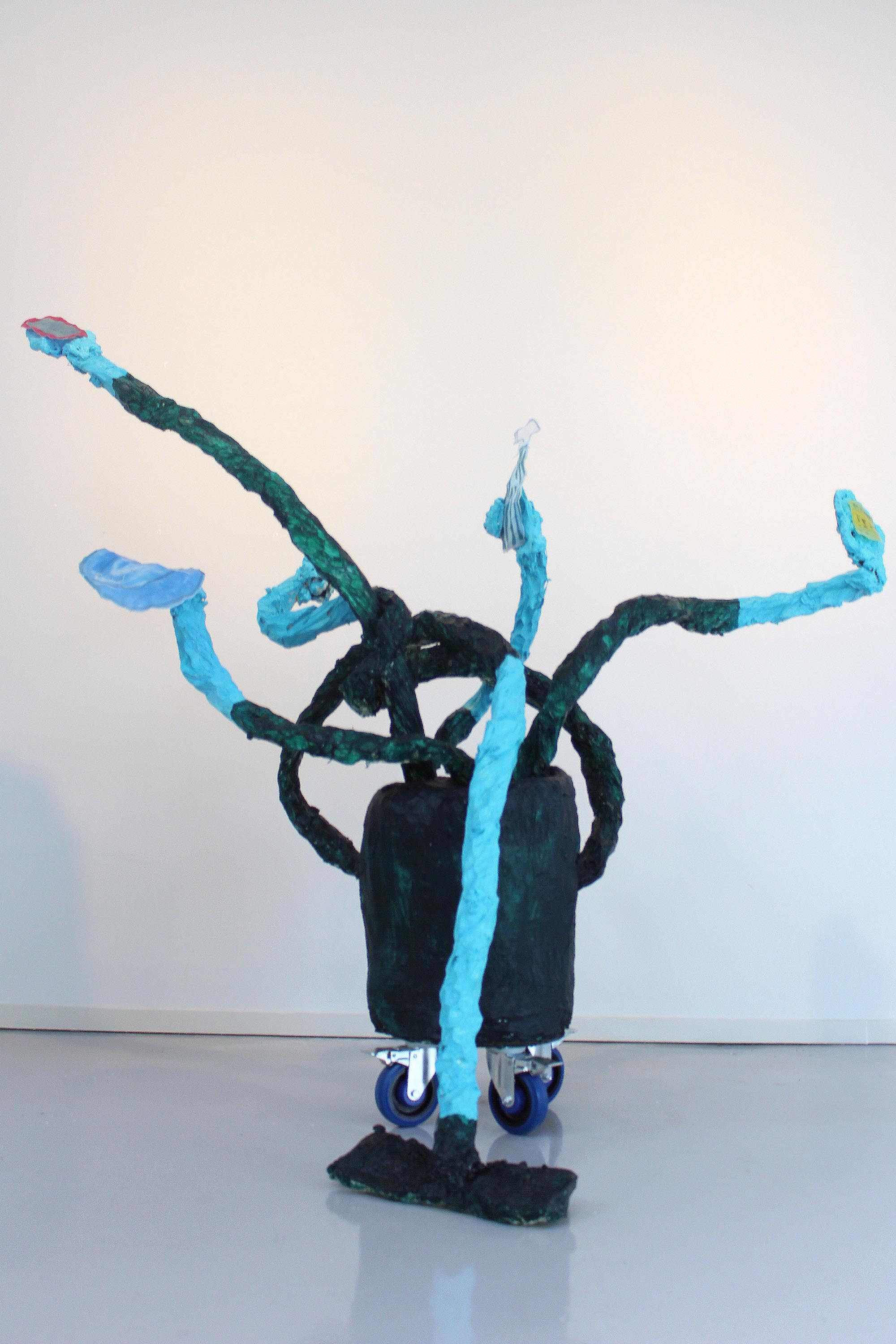 Working across sculpture, drawing, painting, printmaking and writing, McKnight’s practice draws on her own experience of being a working-class woman and exploring how they exist within feminist and artistic lineages. A recurring theme in McKnight’s work, and central to the works included in this exhibition, is water. Informed by growing up in the former industrial town of Sunderland in the north east of England which is situated by the mouth of the River Wear, McKnight draws on genealogical stories and histories of her family members who had emigrated from Ireland to Liverpool, then Sunderland, finding employment in the city’s burgeoning shipyard trade, fish and chip shops, Royal Navy and a telephone factory. Alongside these stories and their own relationship to water, McKnight’s work also asks one to consider water on a universal scale, from borders and migration to shifting landscapes (flooding, droughts and climate change) and as a fecund and essential source of sustenance and care.

The works included in A room in which many of the parts of our lives were placed takes water as its impetus and extends it into themes of feminism, the working-class experience, the connection between art making, traditional industries, labour and domestic life whilst simultaneously asserting their own personal, familial and collective histories and stories.

Loosely employing psychologist Ernst Prelinger’s investigations into the connection between possessions and the construction of the self which consisted of eight fundamental principles: ‘1. Body arts (e.g., the skin, the genital organs) 2. Psychological or intraorganismic processes (e.g., the conscience, an itching on the sole of the foot), 3. Personal identifying characteristics and attributes (e.g., age, occupation), 4. Possessions and productions (e.g., watch, perspiration, toilet articles), 5. Abstract ideas (e.g., the morals of society, the law), 6. Other people (e.g.,  the people in your hometown, father), 7. Objects within the close physical environment (e.g., dirt on the hands, furniture in this room), 8. Distant physical environment (e.g., the adjoining room, the moon)’. McKnight’s sculptures, drawings, paintings and prints are concerned with their own upbringing. Drawing on memories - or confabulations - she attempts to examine labour and sculpture-making in relation to the domestic and working-class homes whilst simultaneously asserting their own personal, familial and collective histories and stories.

Throughout the gallery space, domestic household items sit on iridescent pools and resemble anthropomorphic figures or characters. In the largest of the works presented, McKnight explores the home as an extension of the body in which household appliances such as a hoover (Vacuum Cleaner Hydra, 2021) or a clothes airer (Ladder Clotheshorse, 2021) symbolically and literally act as signifiers of domestic life. Exaggerated in scale to reference the human body, in Vacuum Cleaner Hydra several tangling hoses resemble octopus tentacles and carry everyday items such as a mobile phone or antibacterial cleaning spray whilst the flesh-like coloured Ladder Clotheshorse references the artist’s father and his first job building ladders for ships at the age of sixteen. In these, dense and thickly applied layers of coarse plaster bandage, hessian and polyurethane foam replete with swathes of acrylic paint are built up layer upon layer to the point where the material becomes unattainable, oozing from the skeletal frame exposing their chicken wire innards (resembling nets or mesh) and revealing the process and labour behind their making.

Stories of the home, fantastical tales or magical folklore seep into a number of the works, rendering them at times humorous and disturbing. Here, the body melds with the detritus of domestic life: a washing machine resembles a digestive system (Oracles, 2021) and a self-portrait (You Shall Have a Fishy, 2021) depicts the artist regurgitating a fish tail. Elsewhere, a series of prints and drawings that can be read as preliminary workings for the larger sculptural works and words, phrases and reflections contained in resin or scribed in acrylic and gouache punctuate the gallery space. In another body of work titled Foot (After Guernica), 2021, McKnight draws on a copied version of Picasso’s 1937 Guernica painted by her father that hung in the artist’s home. This work not only nods to the creative sensibility of the artist’s hand but that of her father who worked in the shipyards in Sunderland. Reflecting on how this was the first artwork that she became familiar with, these works consider where McKnight sits not only within a working-class, industrial lineage but in a wider artistic one.

Alongside sculptural works, drawings, prints and paintings, a new audio work narrated by the artist will uncover their relationship to the objects, symbols and markers of identity which contributed to the development of the works presented throughout the gallery. Part valediction and part inventory log book, this new text will contrast emotive subtexts with factual data, drawing on the complex lives and inspiring determination of the working-class women she grew up around including their grandmothers, who, like McKnight, were ‘great storytellers’. Interested in the relationship between the personal and the universal, McKnight’s works are not only concerned with tracing their own upbringing, memories and construction of identity and self, but the wider ways in which art can help shape our own experiences.

The artist is currently in-residence for 'Collections in Dialogue', a new co-commission project between Leeds Art Gallery and the British Library, which will culminate in the artist's first institutional solo show at Leeds Art Gallery, UK (March 2022).