For the first VITRINE x Kino Screening of the year, Canadian-Ukrainian artist Bianca Hlywa will screen her short film 'The Heat Treatment' (2021), as well as inviting British film-maker Eleanor Mortimer to screen her award winning short documentary 'Territory' (2015) alongside it. 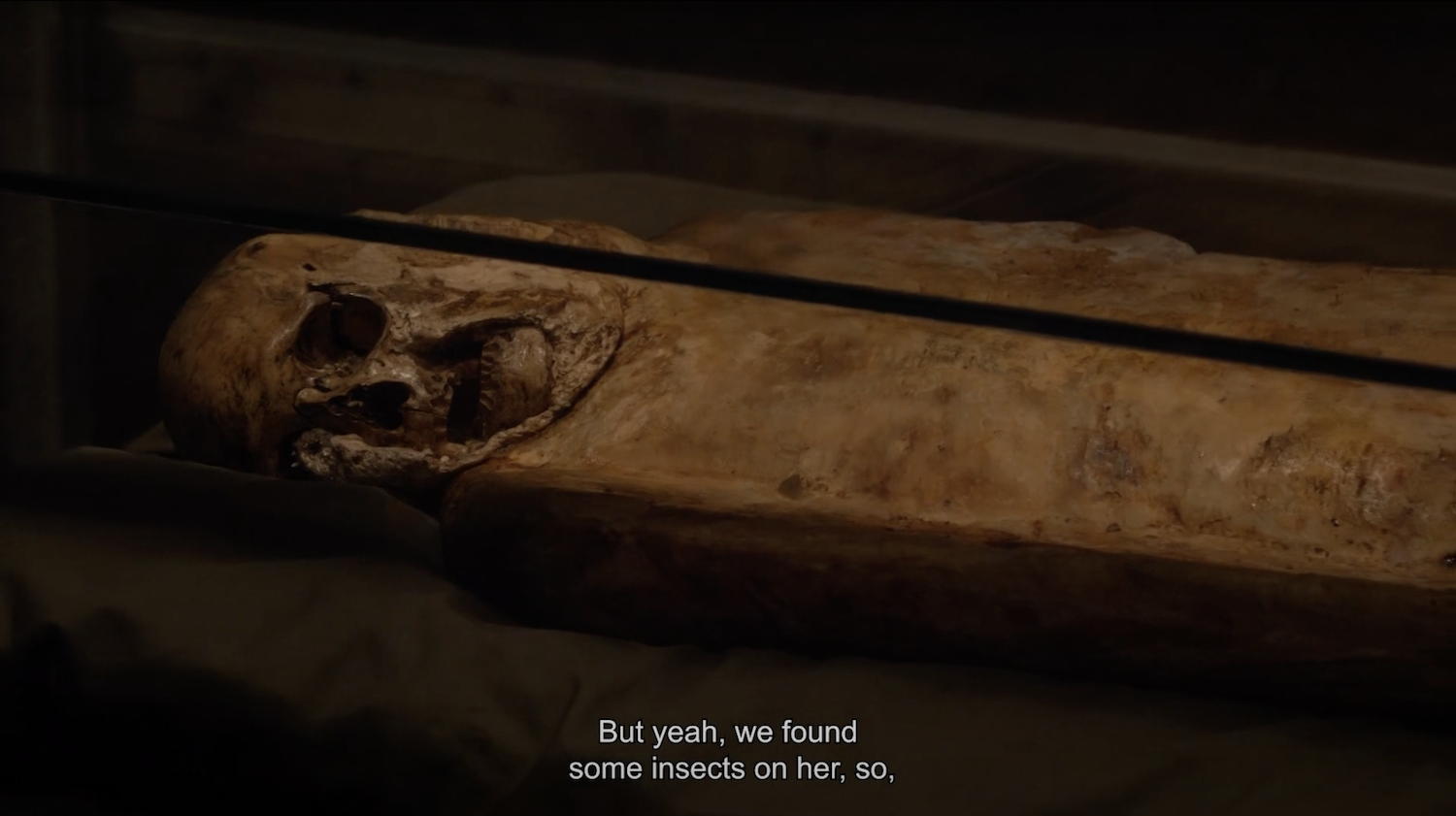 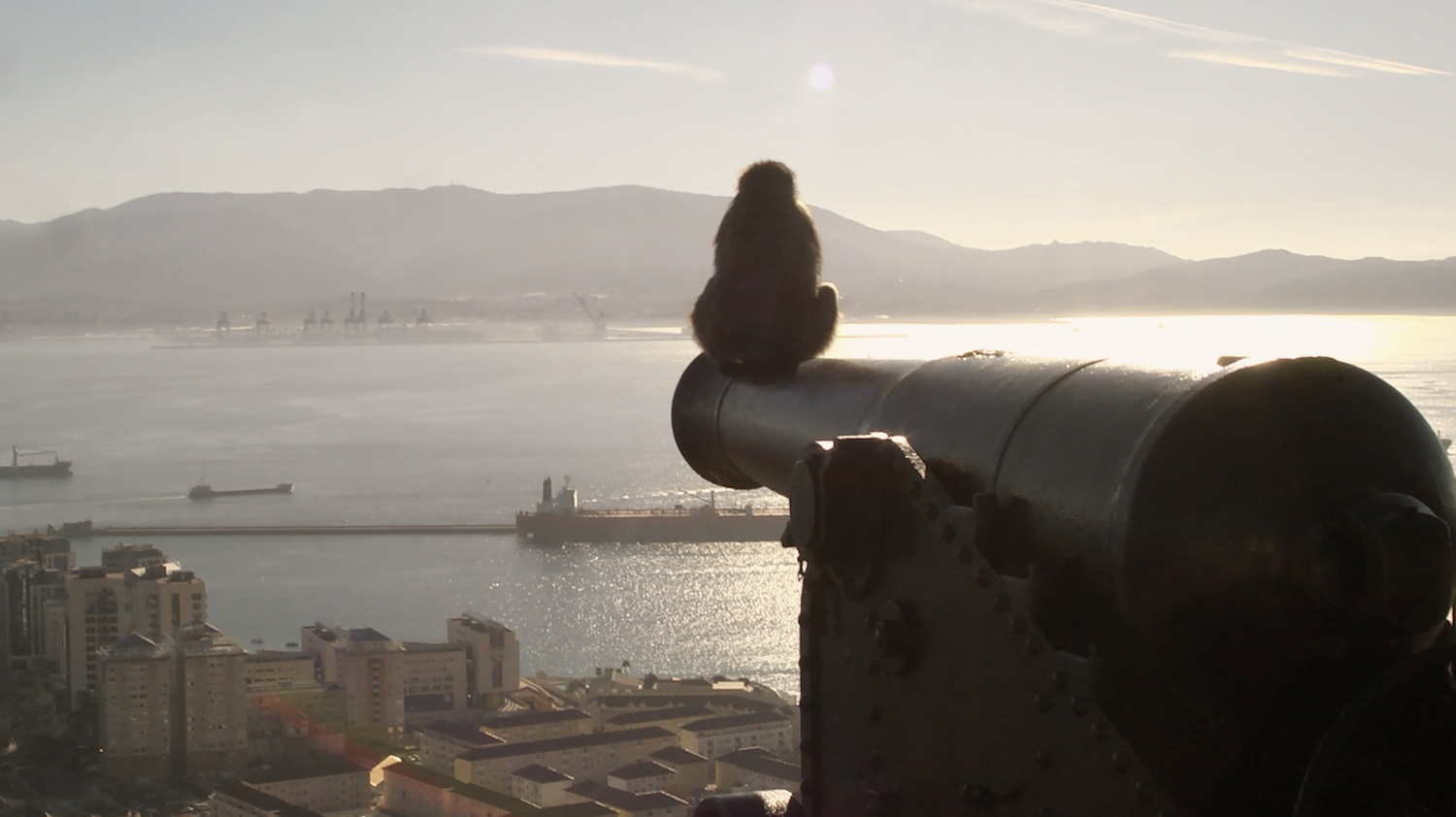 Taken together, these films revolve around humans battling ecological surroundings to live at ‘peace’ in their own constructions. In 'The Heat Treatment', the tight walls of the museum enable a more microscopic control where the enemy is insects, whereas 'Territory’s' peninsula calls for a large-scale battle against monkeys. Both films document the sometimes surprising and exaggerated activities of those involved with a sense of dry humour. Existentially, or practically, can the cat chase the mouse for as long as the snake can eat its own tail?

Directly outside Oslo’s Teknisk Museum sits a cargo container. In it is a heating chamber which all objects to be exhibited must go through in order to kill off anything living that might cause harm inside the museum. Documenting conservation workers at Teknisk Museum, Hlywa’s film 'The Heat Treatment' tracks how the process of the heat treatment evolved from past practices using toxic insecticides to treat objects, rendering them forever poisonous and causing nerve damage to conservators. The practices discussed reveal the ‘anti-life’ attention necessary to create the everlasting objects of the museums’ bizarre collection. Life and death intertwine within the museum’s walls, with the heating chamber central to the museum’s battle for ecological-hyper control over entropy. This film was supported by the Alberta Foundation for the Arts, PRAKSIS and Teknisk Museum.

Mortimer's film 'Territory' focuses on the rock of Gibraltar, a place shared between two primate species: people and monkeys. The monkeys populated the upper rock long before the latest human inhabitants, the British, arrived, and now, 300 years on, there are tensions between the two. Attempts to expel the monkeys from the town with peashooters are in vain, as the animals rise to the challenges of the new game. This leads the government to resort to more drastic tactics.

Bianca Hlywa (b.1992, Canada) is an interdisciplinary artist with a wide ranging practice. Using installation, drawing, performance and especially the organic material SCOBY, Bianca’s work questions culturally steadfast distinctions between life and non-life. She holds a BFA in Fine Art from Concordia University, Montreal, CA (2015) and an MFA in Fine Art from Goldsmiths, University of London (2019).

Eleanor Mortimer (b. Suffolk, UK)  is a filmmaker with a range of documentaries, often depicting ecological relationships between humans, animals and their environments. Learning how to film as an activist during the student protest of 2011, Eleanor has passion for documentary as a means of connection and a vehicle for hope. The filmmaker lives and works in London, UK. She holds an MA in Directing Documentary from the National Film and Television School and is currently a National Geographic Storytelling Fellow.

TERRITORY was part of of the official selection of Sundance Film Festival, Edinburgh International Film Festival, This is England, Festival Dei Popoli, London Short Film Festival, Guanajuato International Film Festival, and screened in total at over fifty festivals including Cinéma Du Reel which is held in the Pompidou. It won Oscar-qualifying ‘Best Short Documentary’ at Hot Docs, received a Gierson nomination, and was winner of the short documentary award for HBO Presents. SEAFARERS was released on New York Times Op Docs and Aeon Video, BIRD was made for Channel 4 Random Acts, and BUBBLE won ‘Best Short Documentary’ at Festival dei Popoli.

Eleanor’s work has been written about by Vdrome and Aeon. Her new film, about the deep-sea is supported by Sundance.